Supply of filters in N95 masks to the polypropylene used in isolation gowns in short supply. 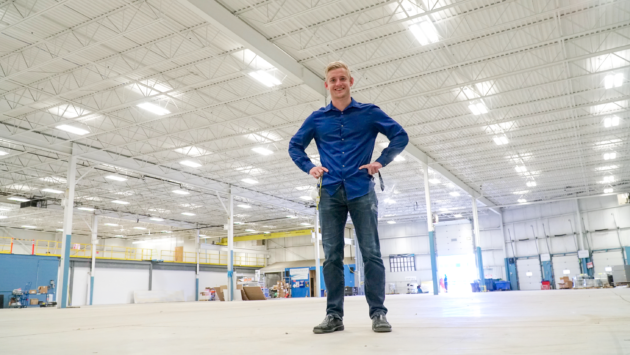 KITCHENER, Ont. — Each day, Jeremy Hedges strides the floor of his factory where more than 250 employees work from 7 a.m. to 2 a.m. to churn out 200,000 plastic face shields.

Before the COVID-19 pandemic, his company was a 10-person operation making robotics kits and other educational materials. Now, InkSmith has pivoted to manufacturing the protective devices and is scrambling to fill a growing backlog that includes a contract with the federal government for 10 million units. Two million more face shields are bound for health-care workers in Ontario.

Hedges’s new spin-off company Canadian Shield is among the many manufacturers ramping up PPE production at home rather than relying on sprawling global supply chains that have come up short in the crisis, part of a shift that could have lasting repercussions for domestic production and international trade.

“I remember one week we saw the plastic price go up almost three times what it had originally cost us,” Hedges said in a preparred statement. “It was like toilet paper: everyone went and bought it all up.”

Prohibitively high prices from a Canadian elastics supplier had the Waterloo Region firm looking to USmanufacturers. But it also prompted Hedges to reconsider the procurement habits that squeezed him in the first place, and to take more control over the process by bringing production in-house.

“We’re bringing in the machines to start making the elastic ourselves in Waterloo,” the CEO said in a statement. By mid-June, he hopes the shields’ headbands will be manufactured entirely at his plant.

Meanwhile, demand for disposable face masks continues to grow, with an estimated 3.3 billion units needed over the next 12 months, according to Allam Advisory Group, an Ottawa-based global trade consultancy. The federal government has ordered 330 million surgical masks, but received barely 10% so far, the company said in a prepared statement.

The vast majority of the world’s PPE supply is produced in China and southeast Asia. Since the outbreak, Beijing has scaled up production but imposed increasingly stringent conditions around the certification and export of medical goods. The added paperwork and other measures have made it more complicated to quickly fill large orders. Dozens of countries have moved to restrict exports of face masks, gowns and other supplies critical for front-line workers in the fight against the virus, hoping to keep much-needed supplies within their own jurisdiction.

Guillaume Laverdure, president of Montreal area-based PPE supplier Medicom – contracted to deliver tens of millions of surgical masks to federal and provincial governments – said almost all the key raw materials for its products are in short supply, from the filters in N95 masks to the polypropylene used in isolation gowns.

Lockdowns and logistics pose another challenge. Often Medicom can’t ship its own goods, produced at its factories in China, Taiwan, France and the U.S. “Taiwan is still on an export ban. Our production in France is still under requisition,” Laverdure said in a prepared statement. “With these limitations come skyrocketing prices.”

Reports of bidding wars and exploitative commission fees abound in what Deputy Prime Minister Chrystia Freeland has called the “Wild West” of global PPE procurement. The problem is made all the more expensive by a dearth of passenger planes, which typically carry half the world’s air cargo but now remain largely grounded amid border shutdowns, tripling airfreight charges.

Health-care workers across the country have warned of PPE shortages, with some Ontario hospitals imposing a limit of one or two surgical masks per shift and, at Toronto’s Sunnybrook Health Sciences Centre, resorting to modified full-face snorkels as a possible alternative to N95 respirators.

“We bought one shipment of disposable masks (from China) in the beginning, and they’re still in transit, lost somewhere. It’s been a month. Normally it takes three days.”

Robert’s Montreal-based company turned from sewing jackets to medical-grade face coverings and gowns over the past two months.

The lack of fabric abroad has slowed down their manufacturing process, resulting in shortfalls or delays in Quartz’s hospital deliveries. “We had to find local suppliers, and there’s not so many. There’s maybe five in Canada,” Robert said.

The supply shortage extends to the world of molecular biology, where shipment of chemical reagents is “taking twice as long as normal,” said Mario Thomas, chief executive at Precision Biomonitoring.

The federal government asked the Guelph-based biotechnology company in March to develop a point-of-care test kit for COVID-19. But the reagents they need are produced by only a handful of providers, Thomas says. “The demand has exploded, so they are scrambling.”

To bypass that roadblock, Thomas signed a contract with a pair of Ontario manufacturers, pulling his business from a Pennsylvania factory in a move that will allow him to boost production to 50,000 tests per week from 6,000. Not having to move goods across the border removes additional complications.

“We have been probably too reliant on foreign manufacturing,” Thomas said, pointing to gaps in the Canadian supply chain across a range of sectors. “This crisis has shown us that we need to acquire or procure something, but it’s not available. So we need to make it here.”