By If plant growth keeps increasing as a result of warmer growing seasons, the growing season length could remove CO2 emissions from the atmosphere, experts say  May 19, 2020

If plant growth keeps increasing, length of the growing season could remove CO2 emissions from the atmosphere. 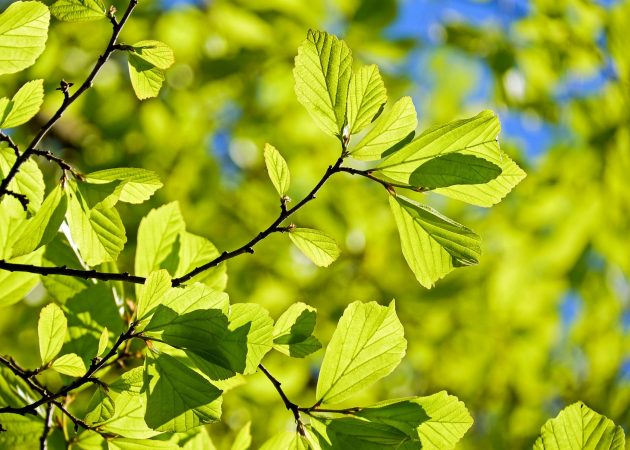 Image by Couleur from Pixabay

Climate warming is leading to early springs and delayed autumns in colder environments, allowing plants to grow for a longer period of time during each growing season. Plants are absorbing more carbon dioxide (CO2) as a result of this longer growing season.

The earlier arrival of spring is fighting climate change by allowing plants to absorb CO2 over a longer period of time and thus slowing the rate at which atmospheric CO2 is rising. What we don’t know is how long can we count on earlier springs and longer growing seasons.

I am a remote sensing scientist who studies the impact of climate change on seasonal cycle of plant activity. Using satellite observations, long-term ground measurements and mechanistic computer models, I also study the impacts of climate change and variability on global land ecosystems and related feedbacks to the atmosphere through carbon cycle.

Spring leaf-out — when the first leaves start to appear on plants — is arriving earlier for many temperate, boreal and Arctic plants. Thirty-four years of satellite records reveal not only an earlier leaf-out, but also a shift in peak plant growth timing towards spring for plants growing north of the tropics.

In Canada, PlantWatch enables citizen scientists to record leaf-out and flowering times in all provinces and territories. The PlantWatch data show the average date the first flower blooms in 19 plant species has advanced by about nine days for each corresponding rise of one degree Celsius in air temperature. The bloom dates of the earliest-blooming species — such as trembling aspen and prairie crocus — advanced by two weeks during the past seven decades of the past century.

The increased removal of atmospheric CO2 by plants as a result of longer growing seasons and warming-induced increase in vegetation cover in northern ecosystems has been widely reported.

A longer growing season may also increase CO2 release from ecosystems by prolonging the period during which soils decompose. In order for the land to remain a strong carbon sink, the balance of CO2 gain from the lengthening growing season must outweigh the associated increase in CO2 release.

In northern ecosystems, including Canada, a large proportion of ecosystem carbon is stored in soils, while a small fraction is stored in plants. Warming in autumn delays senescence and, as a result, increases CO2 absorption by plants. However, plant growth in autumn is restricted by shorter day length regardless of warming, thus limiting the potential amount of CO2 absorption.

In addition, in many northern ecosystems, the benefits of warmer springs on increased CO2 absorption is offset by the accumulation of seasonal water deficits. New evidence shows that the increased spring plant growth and earlier start of the growing season actually deplete summer soil moisture and decrease the overall summer time plant growth in boreal and tundra ecosystems. With increasing warming throughout the growing season, summer moisture stress may be exacerbated in the future in temperate, boreal and Arctic ecosystems.

Climate change is leading to warmer and longer growing seasons, reduced snow pack in winter, earlier spring snow melt and soil water depletion. This in turn increases moisture stress on plants and makes forests more susceptible to severe wildfire, which already becoming increasingly frequent and severe in large parts of Canada. Severe fires can release huge amounts of CO2, not only from the burning plant tissues but also from top soils and peat lands.

If plant growth keeps increasing as a result of warmer growing seasons, the increasing growing season length could help remove CO2 emissions from the atmosphere. On the other hand, if plant growth actually decreases or if CO2 loss actually increases, then the carbon absorption capacity of northern ecosystems would decline and climate warming could further accelerate.

For now, the net impact of a longer growing season is that plants are absorbing more CO2. However, with increasing moisture stress in summer time expected in future, high-latitude ecosystems may not benefit from the lengthening growing season for very long.