Japanese OEMs produced 47% of light vehicles made in Canada 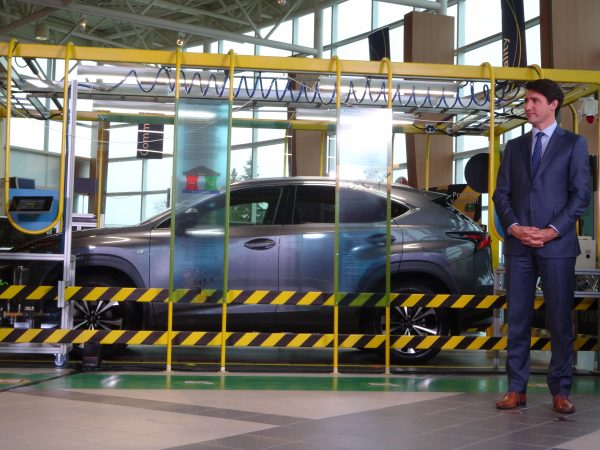 TORONTO — Automotive OEMs from Japan were close to producing half of the light vehicles manufactured in Canada, according to a study from the Japan Automobile Manufacturers Association of Canada (JAMA Canada).

JAMA is a non-profit trade association representing subsidiaries of Japanese automakers in Canada.

The Economic Contributions of the Japanese-Brand Automotive Industry in Canada, 2001-2018 reports Japanese OEMs produced 47% of light vehicles and employed 38.6% of Canada’s automotive OEM workforce in 2018.

The study by Greig Mordue (McMaster University) and Brendan Sweeney (Trillium Centre for Advanced Manufacturing/APRC) reveals Japanese automakers and suppliers employed more than 94,000 Canadians in 2018 – 14,560 in vehicle manufacturing, 17,776 in parts manufacturing, and 58,343 in vehicle dealerships.

The report also estimates more than 218,000 jobs are supported across Canada through direct, intermediate and spin-off employment.

“This updated analysis demonstrates that despite substantial restructuring and change in Canada’s auto industry, the economic contributions of Japanese-brand automotive manufacturers, dealerships, automotive parts and tire manufacturers continue to be substantial,” said Dave Gardner, JAMA Canada’s chairman, who is president/CEO of Honda Canada.

In 2018, Hino Motors Canada produced a record 2,873 medium-duty trucks at its plant in Woodstock, Ont.

Some additional statistics since 1986:

• Japanese automakers have invested $13.9 billion, including $1.9 billion announced in 2017/2018, to create vehicle and engine manufacturing and assembly plants.

• Canada has been a net exporter of Japanese-brand vehicles since 1993 (more than 5 million).

• In 2018, Canada exported 3.7 times the number of Japanese-brand vehicles imported from Japan.