Mitt Romney was the only Republican to break with party and vote to remove him from office. 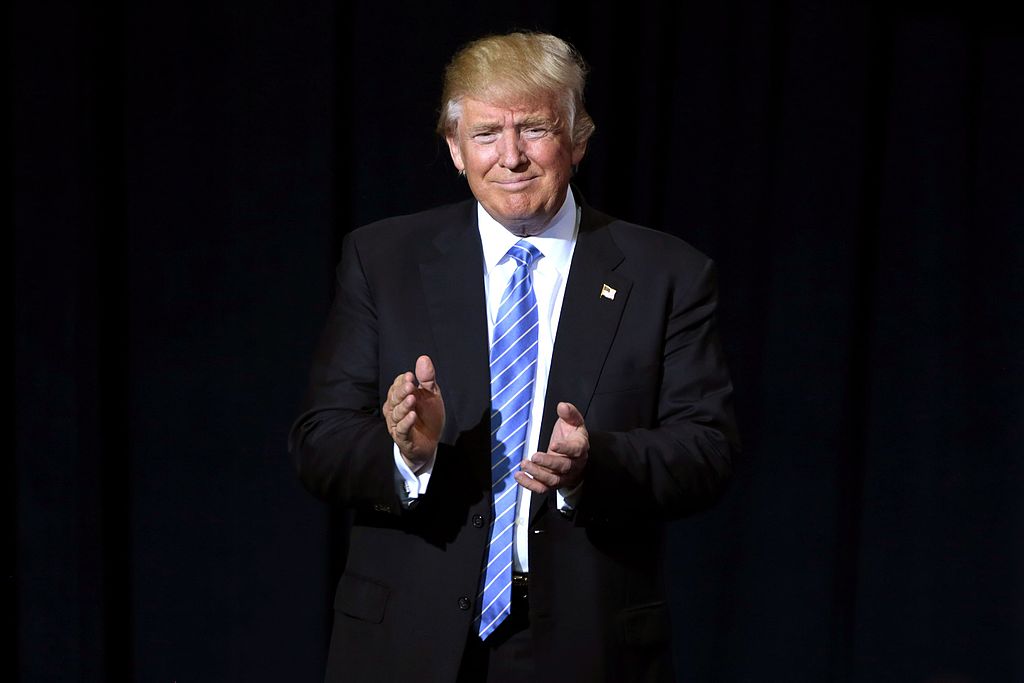 WASHINGTON — The Republican-controlled Senate acquitted President Donald Trump on two impeachment charges Feb. 5 amid Republican complaints about what they called a rushed process and Democratic claims that Trump is a threat to democracy. The historic, three-week trial proceeded largely along partisan lines, with just one senator — Republican Mitt Romney of Utah — breaking with his party.

Takeaways from just the third impeachment trial of a president in U.S. history:

Some Republican senators expressed reservations about Trump’s conduct; some even went so far as to say that House Democrats successfully made their case against him. Nonetheless, Trump’s acquittal was never truly in doubt in the Senate. Even Republicans who disapproved of Trump’s dealings with Ukraine — the heart of the House impeachment charges — said his conduct did not merit making him the first president ever removed from office.

In ways unimaginable when he was first elected as a political newcomer, Trump has come to utterly dominate the GOP. Republican lawmakers bow to his overwhelming popularity with the party’s base. “It’s not a party of ideas or ideology anymore. It’s a cult of personality,” tweeted Sen. Chris Murphy, D-Conn.

Republicans insisted they were acting in the interests of their constituents and their conscience, and they reacted with outrage when Democratic Rep. Adam Schiff, the lead impeachment manager, cited a media report claiming that a person close to Trump had warned Republicans their “head will be on a pike” if they voted against the president.

Trump has already shown his power to cast out dissident Republicans. Besides Michigan Rep. Justin Amash, who voted for the impeachment articles and is now an independent, former Sens. Bob Corker of Tennessee and Jeff Flake of Arizona decided not to run for reelection rather than face voters after clashing with Trump.

Senate Majority Leader Mitch McConnell. R-Ky., again proved himself Trump’s most important ally. He led a drive to deny Democrats any opportunity to call witnesses before the Senate and worked closely with the White House in shepherding the case to acquittal, fulfilling a pledge he made before the trial to “take my cues from the president’s lawyers.”

McConnell slammed House Democrats’ drive to impeach Trump as “the most rushed, least fair and least thorough” in history. He said the two impeachment charges against Trump — that he abused his power and obstructed Congress’ ensuing investigation — are “constitutionally incoherent” and don’t “even approach a case for the first presidential removal in American history.”

Senate Democratic leader Chuck Schumer of New York accused McConnell and his GOP colleagues of sweeping Trump’s misconduct under the rug. “The administration, its top people and Senate Republicans are all hiding the truth,” Schumer said, adding that Trump tried to “blackmail a foreign country to interfere in our elections.”

PROVEN BUT NOT IMPEACHABLE

Republicans voted to acquit Trump, but many wanted to be on record as frowning on his conduct. Perhaps the most prominent example was retiring Sen. Lamar Alexander of Tennessee, who voted against hearing from witnesses but called out Trump’s actions as “inappropriate.”

Other Republicans followed suit, insisting that their votes against witnesses or in favour of acquittal should not be interpreted as approval of his actions.

“I do not believe that the House has met its burden of showing that the president’s conduct — however flawed — warrants the extreme step of immediate removal from office,” said Sen. Susan Collins, R-Maine.

“Our country is already too deeply divided and we should be working to heal wounds, not create new ones. It is better to let the people decide,” added Sen. Rob Portman, R-Ohio.

In an unlikely twist, Romney, the GOP’s 2012 presidential nominee, was the only Republican senator to break ranks in the impeachment trial and favour removing Trump from office. The well-mannered, patrician Romney stood alone in his vote to oust a Republican president who seldom hides his contempt for the senator and the establishment Romney symbolizes.

Romney’s support for removing Trump on a charge of abuse of power also denied Trump’s campaign a frequent talking point of asserting that he had full support of Republicans in the House and Senate during a strictly partisan drive to remove him.

Romney voted to acquit Trump on the second article of impeachment, obstruction of Congress, joining his 52 GOP colleagues.

Romney, a Mormon, cited his religious faith and the significance of the impeachment oath taken by senators to render “impartial justice” on impeachment. “The grave question the Constitution tasks senators to answer is whether the president committed an act so extreme, so egregious, that it rises to the level of a high crime and misdemeanour,” Romney said in a floor speech. “Yes, he did.”

GOP Sen. Steve Daines of Montana called Romney’s vote “very disappointing,” adding: “I strongly disagree. But he has to speak for what he believes.”

The end of the Senate impeachment trial won’t bring an end to revelations about Trump’s dealings with Ukraine. There are books to be written and documents being withheld by the administration that could ultimately become public.

Former national security adviser John Bolton writes in a book due out next month that Trump tied the suspension of military aid to Ukraine to investigations that Trump wanted, just as House prosecutors alleged. The Justice Department disclosed in a court filing last weekend that it has 24 emails related to Ukraine that it has not produced.

Additional disclosures are possible from witnesses who testified in the House impeachment inquiry and may feel emboldened to share even more now that the president has been acquitted. Or witnesses unknown to the public could step forward.

As only the third impeachment of a president in American history, Trump’s impeachment had little precedent from which to draw. Also, each Congress has significant latitude to set its own rules.

But there were defining elements of this impeachment that may blaze the path for future cases.

For one thing, a party seeking to have a trial over and done with in a matter of weeks will be able to point to the Trump case as precedent. The verdict was returned just 15 days after the trial began in earnest, without the Senate hearing from a single witness.

Future Congresses also may take their cues from the Democrats. They could follow the lead of House Speaker Nancy Pelosi, D-Calif., who waited weeks to transmit the articles of impeachment to the Senate, or House Democrats, who did not issue subpoenas to all the witnesses they wanted to hear from, fearing a lengthy court battle. Instead, the House asked the Senate to seek testimony — a request that was ultimately denied.

Whether rushed or not, Trump’s impeachment was the fastest impeachment ever. The House voted to impeach Trump a week before Christmas, less than three months after Pelosi launched the impeachment inquiry.

After a four-week delay while Democrats pressed for rules changes to extend the trial, House Democrats carried the formal articles of impeachment against Trump to the Senate in mid-January.

Schumer said he had no regrets about the approach taken by Democrats. “We knew this was an uphill fight. We knew you needed two-thirds (of the Senate) to convict, we know that the president is a vindictive, nasty president who goes after anyone who opposes him, and we know that Republicans, even those who might know better, want to go in line with him,” Schumer said last week.

Many senators who voted to acquit Trump said that they were disappointed in his conduct or disapproved of it, but that it was up to voters to decide Trump’s fate in November.

Alexander said House prosecutors had proved the charges against the president, but he said they didn’t rise to an impeachable offence.

“The question is not whether the president did it, but whether the United States Senate or the American people should decide what to do about what he did,” Alexander said last week in becoming the decisive vote against witnesses and documents. “I believe that the Constitution provides that the people should make that decision in the presidential election that begins in Iowa.”

Sen. Lisa Murkowski, R-Alaska, called the president’s actions “shameful and wrong.” But she said the proper response to Trump’s behaviour was “not to disenfranchise nearly 63 million Americans” — who voted for Trump in 2016 — by removing him from office.

An already ill-defined area of law may be even murkier for 2020 campaigns, thanks to an answer on foreign election interference from deputy White House counsel Patrick Philbin.

Democrats pressed Trump’s legal team to acknowledge that foreign election interference is not only wrong but also illegal. The answer from Philbin — basically, it depends — left some lawmakers outraged.

Asked if Trump agreed that foreign involvement in an American election is against the law, Philbin pointed out that the law only covers foreign campaign contributions or other so-called things of value. The Justice Department concluded for that reason that Trump’s call with Ukraine’s leader didn’t violate campaign finance laws.

The law would not encompass “credible information” about someone running for office that voters should know about, Philbin said in a statement that Democrats called shocking.

“The single most important lesson that we learned from 2016 was that nobody should seek or welcome foreign interference in our elections,” said Rep. Hakeem Jeffries, D-N.Y., an impeachment manager. “But now we have this president and his counsel essentially saying it is OK.”

Trump’s lawyers, including retired Harvard law professor Alan Dershowitz and former independent counsel Ken Starr, presented a variety of arguments to senators. They said Trump never made military aid contingent on investigations. They painted him as beset by biased investigators and asserted that even if he did what he was accused of, it still wasn’t impeachable.

In the end, though, the argument that appeared to resonate most with senators was inherently political: impeaching a president in an election year, the argument went, invites chaos and instability, upends the will of the voters and opens the door to future presidents being tossed from office on partisan whims.

“They are asking you to tear up all of the ballots across this country, on your own initiative — take that decision away from the American people,” White House counsel Pat Cipollone said.