No guarantee his embrace of economic nationalism will pay off at the ballot box. 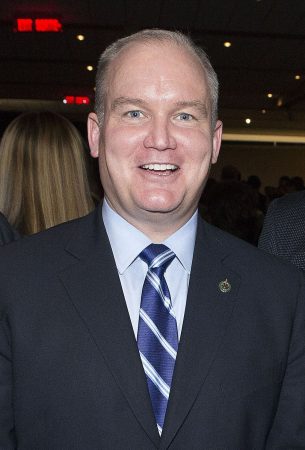 In it, he blames big government, corporate elites and bad trade deals for Canada’s ailing manufacturing and forestry sectors, and offers his Canada First economic strategy as the path towards higher wages and prosperity.

O’Toole singles out China, in particular, as a threat to Canadian jobs. He also touts the importance of ramping up domestic production of key consumer goods.

A page from Trump’s playbook?

Drawing from Trump’s xenophobic election playbook, O’Toole’s Canada First strategy is designed to whip up nationalist sentiment in an effort to attract working-class votes from union strongholds in manufacturing and forestry.

Canadian workers in the private sector are roughly three times as likely to be unionized than their American counterparts, making them an important constituency to be courted for votes. However, voters in union households are far less likely to vote Conservative than their non-union counterparts, and their unions have spent millions to help defeat Conservatives in recent federal and provincial elections.

In adopting economic nationalist rhetoric, O’Toole is trying to bypass union leadership entirely and appeal to private sector union members directly by stoking resentment and tapping into their sense of economic insecurity.

Successful for Trump, so why not O’Toole?

That strategy largely worked in U.S. Rust Belt states stretching from Pennsylvania to the Midwest. That’s because Trump’s America First message seemingly dovetailed perfectly with private sector unions’ own longstanding “Buy American” campaigns which, to some degree, demonized Asian countries and Mexico as a threat to jobs and economic security.

After being mobilized by their own unions over the course of several decades by nationalist arguments, is it really surprising that Trump’s America First policy found a sympathetic ear among private sector union members? Trump’s message wasn’t all that new, after all; many union members had heard it first at their union halls.

While the dynamics are a little different in Canada, O’Toole and the Conservatives are betting that there are enough similarities to successfully tap into new private sector union voters negatively impacted by trade deals.

Unifor, Canada’s largest private sector union, has been employing Canada First rhetoric for some time in an effort to protect the jobs of its members.

As recently as 2019, in response to General Motors’ decision to close its Oshawa assembly plant, Unifor spent millions on a nationalist ad campaign attacking the company and calling for a boycott of GM vehicles made in Mexico.

“GM continues to expand in Mexico, leaving workers out in the cold, a move that’s as un-Canadian as the vehicles they now want to sell us,” the ad said.

While Unifor’s leadership insisted the boycott was not designed to demonize Mexican autoworkers, some on the left criticized the campaign for playing into the hands of “the racism and xenophobia of the right.”

There is certainly no guarantee O’Toole’s sudden embrace of economic nationalism will pay off at the ballot box. In fact, it may alienate elements of the Conservative’s free trade-loving big business base.

And Unifor and other private sector unions are unlikely to cede the terrain of economic nationalism to O’Toole and the Conservatives. The union leadership will undoubtedly work to defeat O’Toole and the anti-union elements of the Conservative Party in the next federal election, just as they did with Stephen Harper in 2015 and Andrew Scheer in 2019.

But paradoxically, while union leaders set out to defeat O’Toole, his Conservative Party will be trying to undermine that effort by playing to the very economic nationalist fears, angers and resentments that some union leaders have been stirring for decades.

Instead, by mounting proactive campaigns that combat racism and xenophobia and foster solidarity among workers in Canada and around the world, unions can begin to weaken, rather than strengthen, the populist conservative political forces that organized labour aims to defeat.