Home DIY labs will spur inventions after the pandemic

People are looking at more ways to explore and conduct research from home. 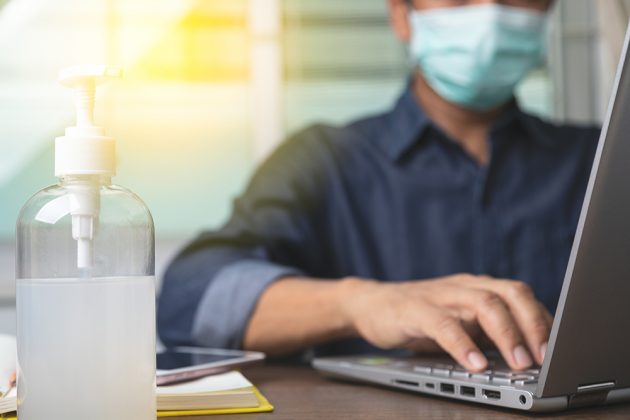 DIY labs have seen a surge since COVID-19. (jaruek/Adobe Stock)

Do-it-yourself (DIY) and at-home labs gained popularity through movies and TV shows like Breaking Bad. DIY labs are increasingly influential and may change lives — the OpenInsulin project, for example, is looking for DIY ways to produce insulin and reduce its price to US$7 from US$300. This impact will likely become even more prevalent in the new post-pandemic normal.

Innovation has moved from corporate research and development labs into the private kitchens, bathrooms and basements around the world. Innovators are not big names often affiliated to universities or think tanks, but may be your neighbour.

DIY labs today are not limited to biohacking and chemical applications anymore — they are found in many industries and have increasing impact. Examples include DIY labs for materials, maker spaces of all kinds, micro-electronics, hackerspaces and many more.

This surge of DIY labs has mainly two sources. One is digitalization. It is easy to find communities online and discuss expert topics with other specialists. Access and budgets become less of an issue in a world that easily connects via the internet.

The second source is accessible education and a revolution of workspace towards individual homes. Since the pandemic, garages and basements all over the world have become hobby rooms. Hobbies have diversified with significant amateur expertise. As such, everyone can be an inventor, hacker or entrepreneur today.

One prominent example in which DIYers have shaped an industry is the re-emergence of micro and craft breweries. In the 2010s, the beer market experienced mergers and acquisitions. This peaked with the mega-merger of AB Inbev and SAB Miller to capture more than 80 per cent of the market in North and South America. Accordingly, beer shelves in supermarkets were full of brands from the same companies.

In the past few years however, we have seen a surge of craft beer. Brands like Brewdog (United Kingdom) or Goose Island (Chicago, Ill.) emerged from passionate homebrewers who eventually commercialized their homebrews. Craft beer does not make life easier for AB Inbev.

In Guelph, Ont., a small city with a population of approximately 135,000, there are at least five breweries and two distilleries. One of these, Sleeman, is owned by Sapporo, a larger player with headquarters in Japan. Most of the other brewers started as at-home DIY breweries, and subsequently started to commercialize and scale their homebrews.

This means that the large corporations that used to enjoy near-monopolies now fight increasing competition from numerous niche players. The setting of the beer industry is an excellent example to see how frustration with existing products, combined with a passion for experimentation, can spur new innovations that can have implications for the industry.

New product innovations in the beer industry often emerge from acquiring smaller players and adopting their products, thus expanding the product portfolio. Plenty of smaller breweries in Canada have have been acquired by larger corporations, such as the Granville Island Brewing Company (acquired by Molson Coors in 2009), Hop City Brewing Co. (a subsidiary of Moosehead Breweries) or Unibroue (acquired by Sleeman in 2004), to name just a few.

The pandemic has triggered the realization that our homes are places where we spend much time and that may be part of our self-realization.

For many people, this means today to experiment with ideas they have. The emergence of DIY labs in homes is facilitated by this trend. Craft brewers have shown the way; other industries may be about to be disrupted.

Many megatrends from digitalization to automation have been accelerated by the pandemic. For example, many brick and mortar shops are now online, and much of the discussion about Canadian food security includes revolutionizing farming with more automatization. We will likely see a surge of people moving outside the densely populated cities if they have the luxury to work from home.

This means that there will be more space to experiment, play, learn, innovate and possibly change the way things have been done.