Chemicals used to replace banned chlorofluorocarbons are breaking down in the atmosphere into new contaminants. 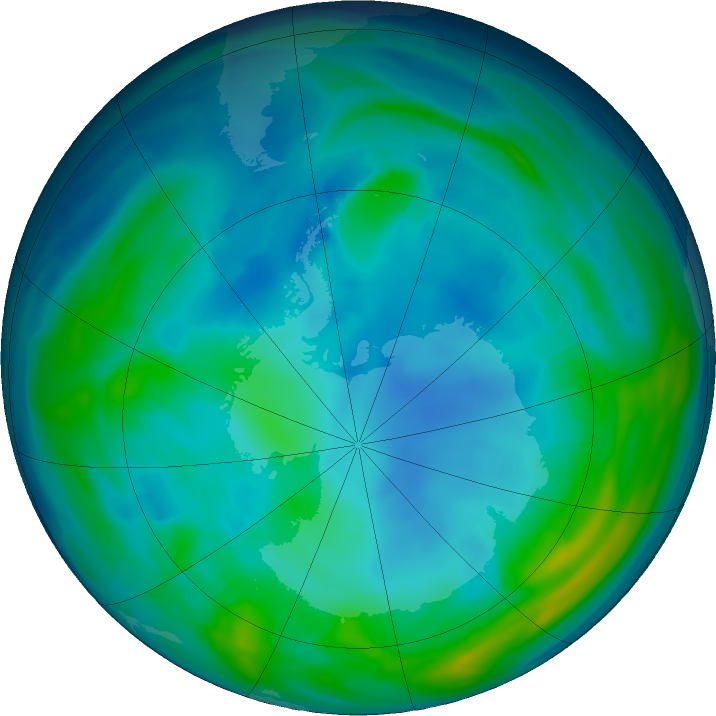 EDMONTON — A landmark environmental agreement that helped close the ozone hole in the 1990s has led to new chemical contaminants forming in the atmosphere and accumulating on land.

“The Montreal Protocol was probably one of the best regulations out there to involve all the countries at once,” said Heidi Pickard, one of nine researchers to publish the findings in a paper.

“But, of course, you have these unintended consequences.”

The Montreal Protocol, which came into force in 1989, banned chlorofluorocarbons, or CFCs, that were used in refrigerators, air conditioners and aerosol sprays. They were destroying the ozone layer, which helps protect the planet from damaging ultraviolet solar radiation.

It has been signed by 197 parties and is considered the world’s most successful environmental agreement.

But the chemicals used to replace the banned ones are breaking down in the atmosphere into new contaminants known as short-chain fluorinated alkyl acids.

They don’t seem to be as toxic as other long-lived contaminants such as dioxins. They are, however, highly persistent, said co-author Amila De Silva of Environment Canada.

“They’re known as forever chemicals. They just don’t break down.”

Little is known about this family of chemicals, said Pickard, who now works at Harvard University. But at least one of them is known to be toxic to plants. Others harm freshwater insects. Others accumulate in plants, including food crops.

Their presence is growing. Although still measured in billionths of a gram per litre, their concentration in ice cores from two High Arctic locations has increased about sevenfold since 1990, said co-author Alison Criscitiello from the University of Alberta.

“It’s significant,” she said. “The accumulation rate is fairly high.”

Concentrations of one chemical known to be harmful are expected to increase as further substitutes for the banned compounds are phased in.

As well, preliminary data suggests the concentration of these chemicals is higher in the south.

“When we measure rain and snow in populated urban areas, we’re finding quite a prevalence of these substances in much higher concentration,” De Silva said.

Finding these acids in two of Earth’s remotest places – the Devon Island ice cap and Mt. Oxford on Ellesmere Island – should be a warning, the scientists say. More needs to be known about them, and soon.

No one knows, for instance, if they increase in concentrations higher up the food chain.

Pickard said some scientists believe the chemicals have immune-system impacts on children at levels already exceeded in the ice cores.

The researchers hope their paper in Geophysical Research Letters will spark interest. And, if nothing else, they hope their findings highlight a need to cast a wide scientific net when environmental regulations are drafted.