Commission will be led by former BC premier Gordon Campbell. 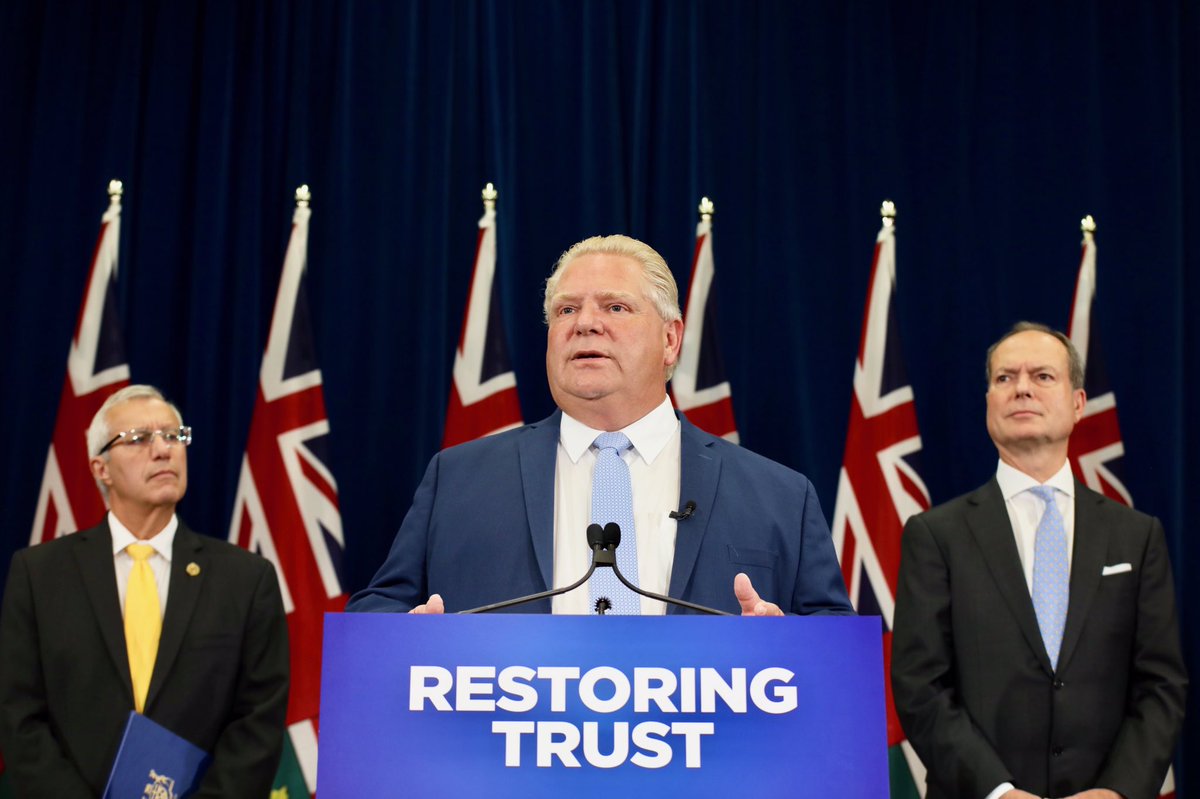 TORONTO — An independent inquiry led by a former British Columbia premier will look into Ontario’s finances, newly elected Premier Doug Ford said Tuesday as he accused the former Liberal government of cooking the books and faking the deficit numbers.

Ford said the Independent Financial Commission of Inquiry, and a line-by-line audit covering the past 15 years of Liberal rule, will help the new Progressive Conservatives right the province’s fiscal path in short order.

“I want the people to be presented with a full, honest and accurate picture of Ontario’s finances,” he said in a news conference. “You deserve to know where your money is going, how it was being wasted and how we’re going to fix it.”

The commission will be led by Gordon Campbell, a former B.C. Liberal leader who governed from 2001 to 2011, and will have until Aug. 30 to report on its findings.

Looking into the Liberals’ accounting practices was one of Ford’s promises in the leadup to the June 7 provincial election. The province’s auditor general, Bonnie Lysyk, had said in a pre-election report that the government understated its deficit by billions. She suggested that the $6.7 billion deficit projected by the Liberals for 2018-2019 would instead be $11.7 billion, and the projected $6.5 billion for 2020-2021 would actually be $12.5 billion.

The former Liberal government attributed the discrepancy to an accounting dispute related to calculations surrounding its Fair Hydro Plan and pension expenses.

“You’re fed up with being deceived,” Ford said on Tuesday. “Fed up with paying more and getting less. Fed up with the shady accounting tricks because in the last 15 years nothing was off the table. Even Ontario’s budget numbers under the Liberals, the books were cooked. The deficit numbers were faked.”

Finance Minister Vic Fedeli said the commission of inquiry and the line-by-line audit would have a budget of a total of $1 million.

Campbell will be joined on the inquiry by forensic accountant Al Rosen and former senior federal bureaucrat Michael Horgan, and each will earn $50,000 for their work, Fedeli said.

Ford lauded the men as the “most qualified experts in Canada” to do this work and said it will help provide answers on what went wrong with the province’s finances, while the audit will shed light on how the government can fix those issues.

Asked if he would accept and implement all of the findings of the inquiry and audit, Ford said he was looking forward to those findings.

“I’m excited for the report, but we wouldn’t be hiring firms like this if we didn’t believe in following their advice.”

NDP legislator Peter Tabuns said the commission is unnecessary duplication of the work that Ontario’s two financial watchdogs, the auditor general and financial accountability officer, already provide. But with $6 billion in efficiencies promised during the election, the government could be “setting up a narrative” for the need to cut, he said.

“He’s going to want cover for cutting things,” Tabuns said. “This could be the perfect cover.”

Interim Liberal leader John Fraser said no matter what the commission finds the Ford government will find a way to blame the Liberals for any financial problems.

“That’s politics,” he said. “They’re already doing that right now. They don’t need a commission to do that.”

Green party Leader Mike Schreiner said the audit of government finances should be carried about by the province’s auditor general.

“I support fiscally responsible government,” he said in a statement. “But I am concerned that Premier Ford is hand-picking a financial commission to deliver the answers that he wants, not the honest answers we need.”