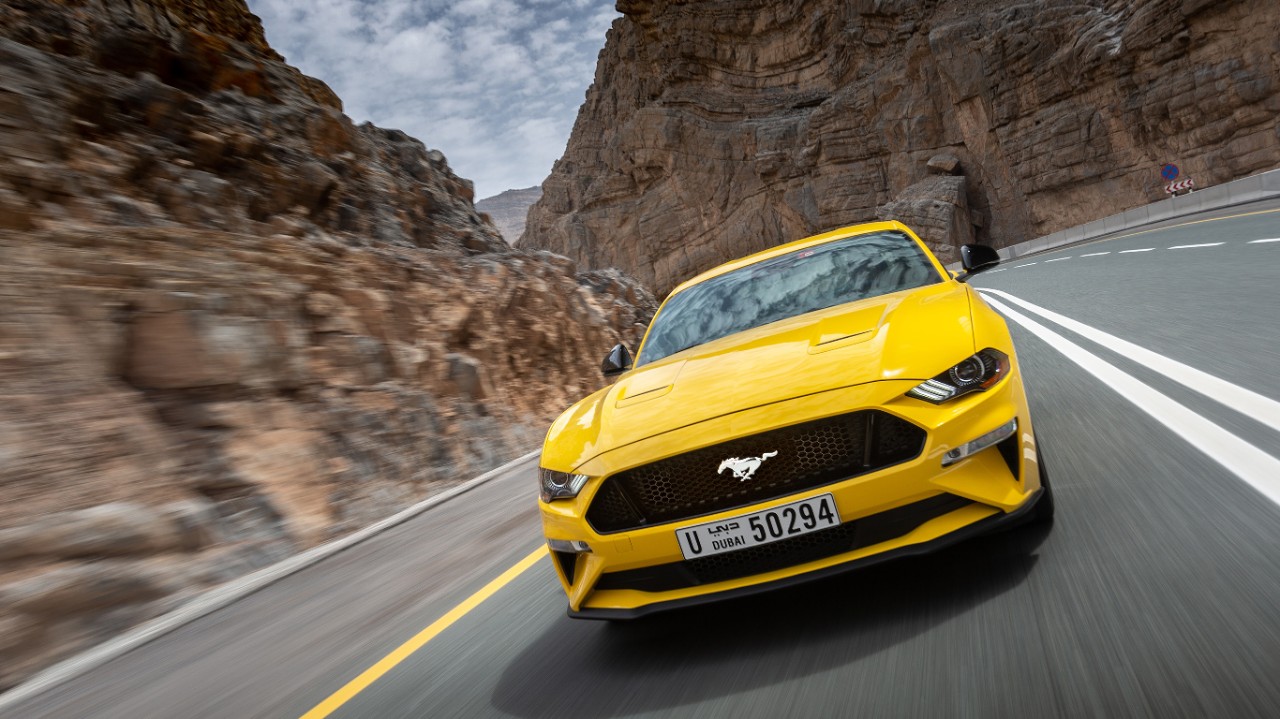 FLAT ROCK, Mich. — Ford Motor Co. marked production of the 10 millionth Mustang with celebrations Aug. 8 at the automaker’s headquarters and at the Flat Rock Assembly Plant where the iconic sports car is made.

A parade of Mustangs from 1964 to the present day rolled into the parking lot at the Dearborn headquarters before making the 30-minute drive – complete with police escort – to the Flat Rock complex. There, the cars were organized into a configuration that spelled out “10,000,000.” The commas were represented by the first Mustang produced and the 10 millionth, a 2019 Wimbledon White GT V8 six-speed manual convertible.

“Today, when we say the word, ‘Mustang,’ isn’t it amazing that you don’t think of the horse? You think of the vehicle,” Ford CEO Jim Hackett said at the Dearborn gathering after strolling through the lines of sports cars. “It’s changed the perception because of its popularity.”

During its 54-year production history, the Mustang was built in San Jose, California, and Metuchen, New Jersey, as well as at the original Mustang production facility in Dearborn. These days, Flat Rock is the home of the Mustang.

“Ford says that I am the first person to buy a Mustang,” the Park Ridge, Illinois, resident said while standing next to her prized possession outside Ford’s office complex.

Then a 22-year-old school teacher, Wise strolled into Johnson Ford in Chicago on April 15, 1964, and left the owner of a brand-new car _ one that still resonates with so many.