COVID-19 cited for the delay, move ensures all suppliers are able to submit their most competitive offer. 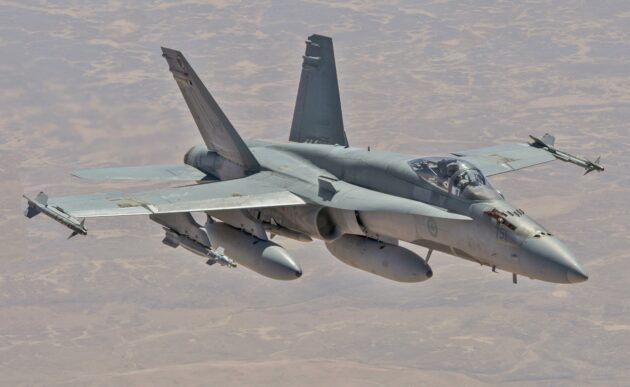 OTTAWA — The federal government has extended the $19-billion competition to replace Canada’s aging CF-18s by another month because of COVID-19 – one week after it made another multimillion-dollar investment into the development of the F-35 stealth fighter jet.

“The COVID-19 pandemic is presenting numerous challenges for businesses and their workforce, including the eligible suppliers for the future fighter capability project,” Public Services and Procurement Canada spokeswoman Stefanie Hamel said in an email.

“The unprecedented situation has impacted proposal finalization. To support our commitment to conducting an open, fair and transparent competition, the extension will ensure all suppliers are able to submit their most competitive offer to Canada.”

This latest extension – the second this year for the competition – will give the three companies vying for the lucrative contact until the end of July, rather than June 30, to submit their proposals. The winner will be tasked with delivering 88 new jets to the Royal Canadian Air Force.

The companies were actually supposed to submit their bids at the end of March but that was pushed back to the end of June following a request by Saab, whose Gripen fighter jet is up against Lockheed Martin’s F-35 and Boeing’s Super Hornet for the contract.

Public Services and Procurement Canada had confirmed earlier this week that one of the three companies had asked for a second extension, but did not reveal which company. However, Boeing had previously left the door open to a request because of the COVID-19 pandemic.

Successive federal governments have been promising for more than a decade to purchase replacements for the CF-18s, during which time the effort has become mired in mismanagement and political controversy.

News of the extension followed confirmation from the Department of National Defence that the federal government has contributed another US$70.1 million toward development of the F-35 despite no guarantee the stealth fighter will win the competition.

Canada made the annual F-35 payment to the US military last week to remain one of nine partner countries in the fighter-jet project. Each partner is required to cover a portion of the plane’s multibillion-dollar development costs to stay at the table.

Staying in the program has advantages, as partners get a discount when purchasing the jets and compete for billions of dollars in contracts associated with building and maintaining them. The F-35 is being built by US defence giant Lockheed Martin.

While the new payment brings Canada’s total investment in the F-35 to US$541.3 million since 1997, the government says Canadian companies have also secured US$1.8 billion in work related to the stealth fighter.

“This participation provides Canadian industry with contract opportunities that are only available to program participants,” Defence Department spokesman Daniel Le Bouthillier said in an email.

“Our membership will also allow us preferential pricing and sequencing in the build schedule should the F-35 aircraft be successful in the current future fighter capability program.”

Canada actually started to shoulder more of the development costs last year. That is because the Liberal government increased the number of new fighter jets that Canada plans to buy to 88 from 65, even though it has not committed to buying the F-35.