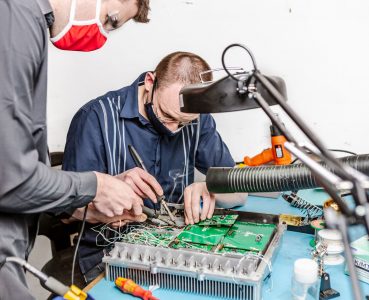 Exro Technologies Inc. announced the location of its U.S. headquarters in Mesa, Arizona.

Exro plans to hire 50 employees over the next 18 months. From its 15,000-square-feet location, Exro will expand its research, development, and testing to optimize power within electric vehicles (EVs) of all types, from scooters and e-bikes to electric cars and buses.

From this location, Exro will continue developing and begin piloting its advanced battery control technology, Coil Driver, first-hand and to understand the product’s ability to improve cost positioning and performance in electric motors.

“The Greater Phoenix area was a natural choice for our U.S. home, and we’re thrilled to become a part of the innovative business community,” said Sue Ozdemir, CEO, Exro Technologies. “The region is ripe with potential manufacturing partners and suppliers, and its competitive talent pipeline will support our continued growth. Mayor Giles and the city of Mesa have welcomed our vision and we look forward to building on the city’s enthusiasm for electric vehicles. We’re excited to invite customers and shareholders to visit us and see our technology at work.”