Experts say no government can bring back Alberta bitumen boom

Research suggests while renewables are still small, they play a big role in meeting new demand. 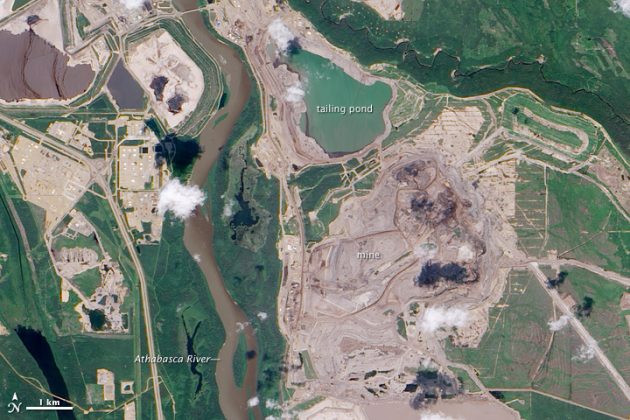 EDMONTON — Getting Alberta’s economy running on all its fossil-fuel-powered cylinders is at the heart of the province’s election campaign.

But some of Canada’s top energy thinkers – as well as international experts – warn there’s no pedal any premier can stomp to make that engine rev like it used to.

“No policy of any Alberta government can change things,” said Mark Jaccard, an energy economist at BC’s Simon Fraser University, who has advised governments on climate policy and helps write reports for the Intergovernmental Panel on Climate Change.

“If Albertans are unwilling to accept a steady oil sands output, with the resulting employment, I fear for them.”

The University of Manitoba’s Vaclav Smil, one of Canada’s most widely quoted energy analysts, said any move to renewable energy will take decades, not years. The transition, however, may be felt sooner.

“All energy transitions are slow,” he said. “Oil will be with us for decades to come – but not necessarily with high annual growth rates.”

“Companies (are) much more reluctant to invest capital in projects that require very, very high capital outlay and take years and years to pay back. That encapsulates the oil sands.”

Grant’s group has recently published research suggesting that while renewables are still small, they play a big role in meeting new demand.

Solar and wind power provide 3% of global energy demand, the report said. But between them they account for a quarter of all new generation.

It said that by early next decade, power from solar and wind is expected to be as cheap or cheaper than fossil fuels anywhere in the world. Since 2012, more new power generation has come from renewables than fossil fuels.

“It’s not necessarily that the change to renewables will be quick,” he said. “But it’s quick enough to make up all of the growth in future energy demand fairly soon.”

The same logic applies to transportation. A tiny fraction of the world’s cars are electric, but they make up 22% of growth in sales.

Jaccard has run the numbers.

In a paper published last year, he concluded that if the world honours its pledge to keep global warming under 2 degrees C, there’s less than a 5% chance that new oil sands investment – including pipelines – will be profitable over the next 30 years.

“When the global demand for oil stabilizes and starts to fall, Alberta will be hit first,” he said. “It’s (oil sands) among the highest emissions per barrel with the highest production costs.”

Nor is the oilpatch as job-rich as it once was.

Between 2014 and 2016, production grew by nearly 10%, but 39,000 fewer people were employed. “Albertan oil output increased over the last four years while the jobs were lost,” Jaccard said.

Not everyone is as convinced the oil sands have had their day.

Smil said global energy transitions have always been slow. It took coal 60 years to go from five to 50 per cent of the world’s energy supply.

Grant agrees the current oilsands will make money for years. But the bitumen-fuelled booms that haunt Alberta’s memory and its politics may be a thing of the past.

“They’re very high-cost, capital-intensive projects,” he said. “Why would you invest in that when oil prices have been so volatile and there are demand threats on the horizon?

“I don’t think any sort of additional pipeline capacity can get around that issue.”