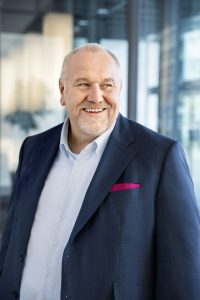 Endress+Hauser hosted its global Annual Media Conference, unveiling results for fiscal year 2020 and mapping out the expectations for 2021.

Matthias Altendorf, CEO, Endress+Hauser, kicked off the event by speaking about how the company performed in the pandemic year. According to Altendorf, despite declining sales, the company has maintained profitability at a high level and strengthened its financial power. “The group created new jobs and expanded its global sales and production network.”

Altendorf sees Endress+Hauser as well positioned, both for uncertain times and for economic recovery.

“Endress+Hauser succeeded in protecting people’s health and continuing to provide solid support to customers,” he said. “We helped to keep important areas of our daily lives running during the pandemic. Our work is important for our customers and for society.”

He also mentioned that Endress+Hauser products are used, for example, to produce vaccines; subsidiary Analytik Jena supplies PCR technology to detect the coronavirus.

According to Altendorf, digitization played an important role, picking up speed during the pandemic, in products, collaboration, and internal processes. Customers have been able to conduct everyday transactions via the Endress+Hauser website. The number of registered users on the platform doubled, and online business grew by 39 per cent. If needed, the visual support app brings service technicians virtually to customers’ plants, and factory acceptance tests can now take place remotely with video support.

Luc Schultheiss, chief financial officer, spoke about the group’s sales in 2020. He said that the group’s sales fell by 2.8 per cent to 2.577 billion euros in 2020. However, this figure is influenced by exchange rate developments. Apart from the Swiss franc, all major currencies depreciated against the euro. Without these effects, according to Schultheiss, Endress+Hauser would have almost reached the previous year’s level in sales.

“In local currencies, we are above the industry average and have performed well in the market,” he said.

Individual regions, industries and segments developed differently. Of the three countries with the highest sales, only China achieved growth and is now Endress+Hauser’s largest single market. In Germany and the U.S., the sales declined. In contrast to process engineering, laboratory instrumentation recorded strong growth. Cyclical industries suffered in the crisis, while non-cyclical sectors were stable.

“The broad backing in the market helped us,” said Altendorf.

Schultheiss also spoke about Endress+Hauser’s profitability last year. On the cost side, exchange rates had a positive effect in 2020, such as on material expenses. Because many business trips and activities were canceled, operating expenses fell. Personnel expenses grew at a below-average rate. Overall, operating profit decreased by 1.9 per cent to 337.1 million euros.

Schultheiss spoke of a “healthy financial situation,”; because the financial result deteriorated somewhat, earnings before taxes fell by 2.7 per cent to 337.6 million euros in 2020. Return on sales remained unchanged at 13.1 per cent. Net income fell by 4.1 per cent to 254.9 million euros due to higher fiscal charges. He mentioned that the group is virtually free of bank loans, and the equity ratio increased by 1.4 points to 77.0 per cent.

Klaus Endress, supervisory board president, said that the company had announced at the beginning of the pandemic that it would avoid short working hours if possible and would not lay off any employees due to the crisis.

“The shareholder family is pleased and proud that Endress+Hauser has come through this difficult year so well,” he said. “There was a lot of solidarity in the company that helped us in the pandemic.”

Some achievements included: the increase in number of employees by 126 to 14,454 worldwide in 2020; carbon dioxide emissions fell from 10.1 to 8.9 tonnes per million euros of sales; 40 new products were launched in 2020, and in the current year, the figure is expected to be 74.

The company also aims to increase the share of women in management positions to around 30 per cent by 2030, double the current proportion.

In 2020, the company spent 205.9 million euros (10.9 per cent less than the previous year) primarily on production. The two major projects relate to the expansion of the plants in Maulburg, Germany, and Reinach, Switzerland. In addition, the sites in Gerlingen and Waldheim, Germany and in Aurangabad, India are being expanded. The sales centres in Canada and Mexico are also building new facilities.

Endress+Hauser filed patents for 276 inventions, 42 less than in 2019. Altendorf said that this demonstrates the disadvantage of working from home: “People are more creative when they inspire each other and search for solutions collaboratively,”.

Altendorf concluded by commenting on the expectations for 2021: “The outlook continues to be characterized by uncertainty,” he said. “In addition to further pandemic waves and new virus variants, the supply chain continues to cause concern throughout the industry.”