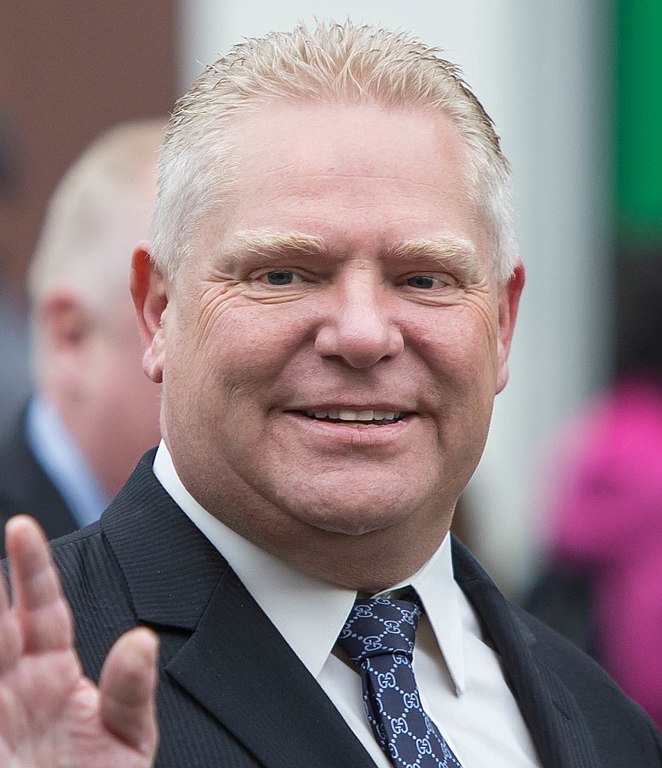 TORONTO — Premier Doug Ford announced March 6 he intends to keep a key campaign promise to lower hydro rates by 12%, saying the details of the much-anticipated plan would be coming within weeks.

Ford made the comments during a news conference in St. Catharines, Ont., where he announced millions in funding to combat human trafficking weeks ahead of his government’s second budget.

“We’re trying to hold the line,” he said. “We are going to keep our promise (and) reduce it by 12%. It’s a very, very complicated, complicated issue.”

During the 2018 election campaign, Ford repeatedly attacked the then-Liberal government for enacting polices he said led to hydro price increases. He promised to slash rates through a variety of measures he said would save the average ratepayer $173 a year.

On March 6, the premier stressed that the province’s hydro rates continue to make it difficult for businesses to compete with their American counterparts.

“We have to compete. We have to lower energy costs,” he said. “I’m just zoned in on this like I’ve never been before.”

The government had budgeted $4 billion for the 2019-2020 fiscal year to keep hydro prices stable. But Finance Minister Rod Phillips said in January that government had to spend an additional $1.6 billion to achieve that goal.

Green party Leader Mike Schreiner said March 6 that Ford’s promise has always been “reckless and ill-advised”. Rather than a blanket subsidy program that benefits the wealthy, the province must find a way to support low and middle-income households, he said in a statement.

“The province is spending $5.6 billion this year alone to subsidize electricity prices at current rates, so to actually lower hydro rates, we would need to add billions to the deficit,” he said.

NDP energy critic Peter Tabuns said he is skeptical of Ford’s promise. If the government wants to address rising hydro prices it could start by returning full ownership of the utility Hydro One to public hands.

“I haven’t talked to anyone who has heard any concrete plan on the part of this government to deal with the underlying problems of privatizing the system,” he said.

The hydro file has been a problem for successive governments, with former premier Kathleen Wynne’s Liberals introducing their Fair Hydro Plan in 2017 to address a public outcry over soaring hydro rates, particularly in rural areas.

The policy lowered time-of-use rates by 25% by removing from bills a portion of the global adjustment — a charge consumers paid for above-market rates to power producers.

Over the next decade, a new entity overseen by Ontario Power Generation was to pay that difference and take on debt to do so.

Then, the cost of paying back that debt, which would have been up to $28 billion under the Liberal plan, was to go back onto ratepayers’ bills for the next 20 years. The structure meant the costs of the plan were kept off government books.

The auditor general criticized the Liberal plan, saying it would cost the province an extra $4 billion.

But under a plan the Progressive Conservative government introduced last March, borrowing costs to achieve the rate cut moved onto the government’s books. The Tories also promised to hold future increases to the rate of inflation.

Last fall, rates increased by about 1.8%, or $1.99 for a typical residential customer who uses 700 kilowatt hours per month.