By Toyota Motor Manufacturing Canada  May 13, 2020

Team from Toyota and Fanshawe College beats out more than 1,000 entries from 94 countries. 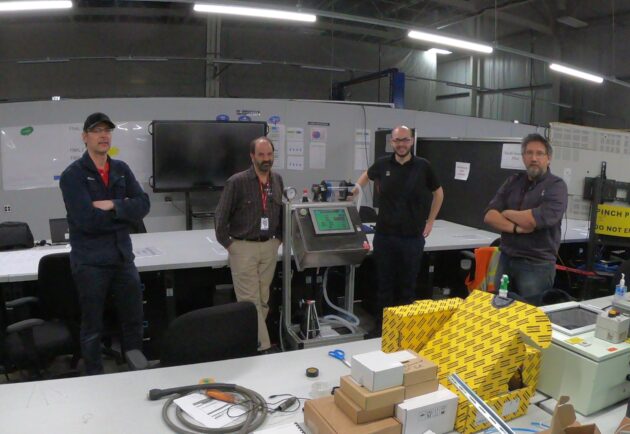 TORONTO – A team including four engineers from Toyota Motor Manufacturing Canada (TMMC) and Fanshawe College finished in the top nine of an international competition to design a low-cost, easy-to-use medical ventilator to help patients around the world who have been affected by COVID-19.

The Code Life Ventilator Challenge design incorporated common parts such as sensors and moulded bearings that normally go under the hoods of Toyota and Lexus vehicles with components manufactured using the company’s in-house 3D printers.

The team of six people beat out more than 1,000 entries from 94 countries.

The Agorize online innovation platform hosted the challenge in collaboration with the Research Institute at the McGill University Health Centre and the Montreal General Hospital Foundation.

“A lot of the credit also goes to our partners at Fanshawe College’s Respiratory Therapy program. We’ve been working closely and seamlessly together for the past several weeks to design a ventilator prototype that would eventually help those in need during this pandemic,” said Leon Drasovean, an engineering manager at TMMC.

The team was formed on March 20 and had just over a week to learn all the details of ventilator design – including patient triggered timing, lung compliance, proper pressures and safety systems.

“This was all new to us and we had to work very quickly,” Drasovean noted. “Everyone on the team brought a different skillset to the project, so we were able to agree on the best idea and then create our prototype.”

The team documented its design and submitted it by the March 31 deadline.

As well as Drasovean the TMMC members of the team included Chris Loates, a project engineering analyst, engineering analyst Moe Bdeir and mechanical designer Daniel Adam – as well as Drasovean’s wife Yvonne, who learned of the challenge through her role as a professor of respiratory therapy at Fanshawe, and David Wall, also a professor from the program at the college.

The team initially collaborated virtually – from their homes – to research the problem and brainstorm solutions. Once they had a plan, they worked at TMMC – while observing the company’s new health and safety protocols – to build their prototype.

The Code Life Challenge worked with the shortlisted teams to ensure compliance, testing, materials and engineering all meet the required standards during the entire competition.

This story is an edited version of a submission from Toyota Motor Manufacturing Canada.