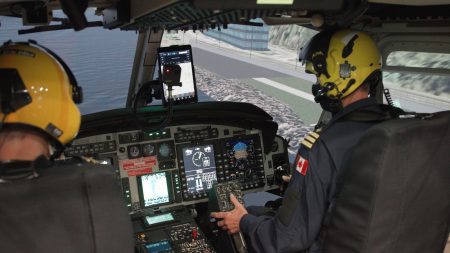 Designed and built by CAE Inc. in Montreal, Quebec, the helicopter simulator will be the main training tool for Coast Guard helicopter pilots. Equipped with a roll-on/roll-off cockpit conversion system, the simulator is equipped to provide training on Coast Guard’s two different helicopter types, making it a first of its kind in North America.

“I am very proud today to see the full-flight helicopter simulator added to the Coast Guard robust helicopter flight training program,” said Mario Pelletier, Commissioner, Canadian Coast Guard. “This highly innovative and advanced simulator will significantly enhance the pilots’ ability to train for a wide range of missions specific to Coast Guard operations. I congratulate CAE and its workforce for delivering this innovative training tool that pushes the boundaries of creating a realistic and safe training environment for helicopter pilots.” 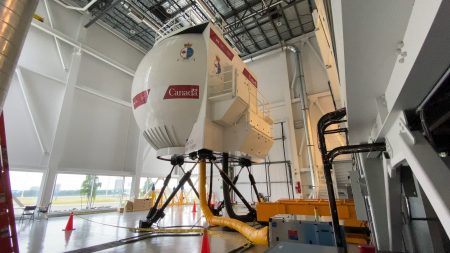 The simulator will allow Coast Guard helicopter pilots to train for difficult flight conditions experienced, such as inclement weather, missions on top of a mountain, sling load operations, Arctic operations, and search and rescue.

The simulator will be based at the Transport Canada Training Centre at the Ottawa International Airport.