Valcourt manufacturer increased sales of its three-wheeled roadsters by 110%. 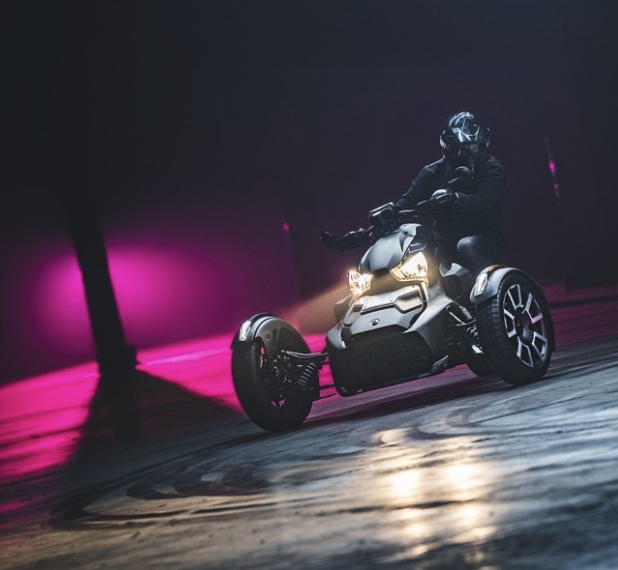 VALCOURT, Que. — BRP Inc. shares jumped on news the company topped profit estimates in its latest quarter as acquisitions in its marine segment and strong sales of a new three-wheel vehicle drove a 17% revenue rise compared with a year ago.

The increase also followed BRP’s announcement of a share buyback program that will commit up to $300 million through a substantial issuer in a bid to shore up its share price.

“Despite challenging weather, especially in the northern US and Canada, our product line continues to drive strong consumer demand, which resulted in another quarter of robust retail growth in most of our markets,” chief executive Jose Boisjoli said on a conference call with investors ahead of their annual meeting Thursday.

The company increased sales of its three-wheeled roadsters by 110%, propelled by the new Can-Am Ryker. With a starting price of US$8,500, the sporty trike nearly halves the starting price of its older cousin, the Can-Am Spyder, in a bid to attract younger and more price-conscious riders.

The three-wheeled motorcycles, which also remain popular among older consumers, are part of a pitch to turn a niche product into a major driver of sales as motorbike companies struggle to attract new riders.

In the first quarter, three-wheelers carried BRP to a 19% year-over-year increase in revenue from year-round vehicles to $627 million.

Boisjoli attributed lacklustre snowmobile sales to a “cold and wet spring” in the upper half of North America.

“We are not satisfied with our high single-digit growth,” he said of side-by-side utility vehicles. “I remind you that we are lapping a strong mid-30s-digit growth for the same period last year,” he added, pointing to a production shortage “but also strong promotions from some of our competitors.”

Marine product revenues rose by one-third to $146.3 million, due mainly to the acquisition of the AlumaCraft Boat Co. and Manitou Pontoon Boats, and partially offset by lower outboard engine sales, the company said.

Aluminum fishing boats and pontoons – uncharted waters for BRP – comprise more than half of the U.S. boat market, Boisjoli has said, as the company casts its line for the world’s 700 million anglers.

Predicting continued growth in its year-round and marine units, BRP increased its revenue growth estimate for 2020 to between nine and 13% above its 2019 financial year.

It also raised its 2020 estimated normalized earnings per share to between $3.55 and $3.75, up five cents at both ends of the range.

Net profit for the company, which is based east of Montreal in Valcourt, Que., totalled $23.8 million or 25 cents per diluted share for the quarter ended April 30.

That compared with a net profit of $13.4 million or 13 cents per share in the same quarter last year, when BRP recorded a bigger foreign exchange loss on debt and lease liabilities.

On a normalized basis after excluding foreign exchange and other costs for both years, BRP said it earned 54 cents per share in the first quarter, up from 52 cents per share a year ago

Analysts on average had expected a normalized profit of 51 cents per share and $1.25 million of revenue for the quarter, according to Thomson Reuters Eikon.

“What more do you want?” said analyst Benoit Poirier of Desjardins Securities in a note to investors.

He estimated the share buyback, slated to wrap up in July, would allow BRP to repurchase up to 7 million shares and boost the share price by between $3 and $3.50.

“It will send a strong signal to the Street that the stock is undervalued,” Poirier said.