All production suspended, temporary lay offs of most assembly line workers at 10 plants across the globe. 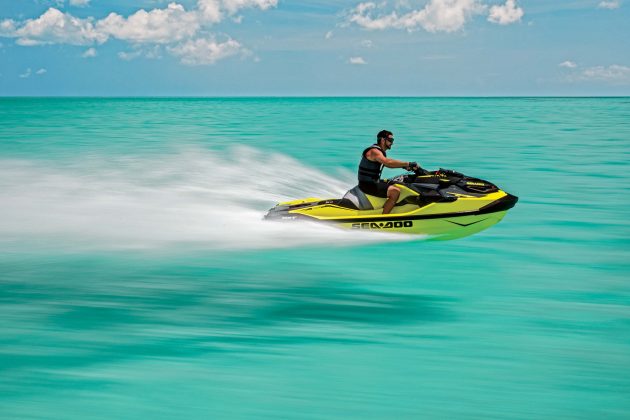 The maker of Ski-Doo snowmobiles and Sea-Doo watercraft said “some employees” will be laid off or furloughed, while others will work reduced hours or fall subject to permanent layoffs.

The move comes amid a new hiring freeze and after the company suspended all production lines and temporarily laid off the majority of its assembly line workers at its 10 plants across the globe.

CEO Jose Boisjoli said the decision aims to protect employees – 13,500 were employed as of the end of January – and ensure the company’s long-term growth, stating that BRP entered the crisis “from a strong position.”

The company declined to disclose the number of plant workers or office employees affected.

“These are cases directly linked to the suspension of our manufacturing activities,” spokeswoman Elaine Arsenault said in an email, referring to the office layoffs. “These measures will be gradually lifted as activities resume.”

Boisjoli is forgoing his salary for the quarter, while executives are taking a 15% cut and board members are dropping the cash portion of their compensation, the company said.

The 10 factories affected in shutdowns announced on March 30 are located in Valcourt, Que., as well as the US, Mexico, Austria and Finland.