Bombardier to cut 1,600 jobs in move to reduce costs and consolidate work 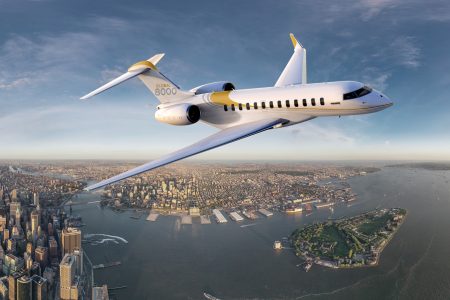 (CP) MONTREAL – Bombardier Inc. said Thursday it will reduce its overall workforce by about 1,600 jobs as it moves to cut costs.

The company said it is making the cuts as it consolidates its Global aircraft completion work in Montreal and reviews options for underutilized hangar and industrial space at its Quebec facilities.

“Workforce reductions are always very difficult, and we regret seeing talented and dedicated employees leave the company for any reason,” Bombardier chief executive Eric Martel said in a statement.

“But these reductions are absolutely necessary for us to rebuild our company while we continue to navigate through the pandemic.”

Bombardier also said it will end production of Learjet aircraft later this year, allowing it to focus on its more profitable Challenger and Global aircraft families.

“Passengers all over the world love to fly this exceptional aircraft and count on its unmatched performance and reliability. However, given the increasingly challenging market dynamics, we have made this difficult decision to end Learjet production,” Martel said.

Bombardier said it will continue to fully support the Learjet fleet and launched Thursday a remanufacturing program for Learjet 40 and Learjet 45 aircraft.

The company said the cuts will bring its global workforce to 13,000 by the end of the year.

Bombardier completed the sale of its rail business to Alstom last month, the culmination of a plan by the Montreal-based company to focus on business jets.

Net proceeds from the sale were US$3.6 billion, down from the US$4 billion it had expected in September.

In its outlook, the company said 2021 will be a transition year and that business aircraft revenue this year expected to be better than 2020 based on a gradual economic recovery scenario.