An air safety senior investigator will act as an adviser and a field service representative will support the airline. 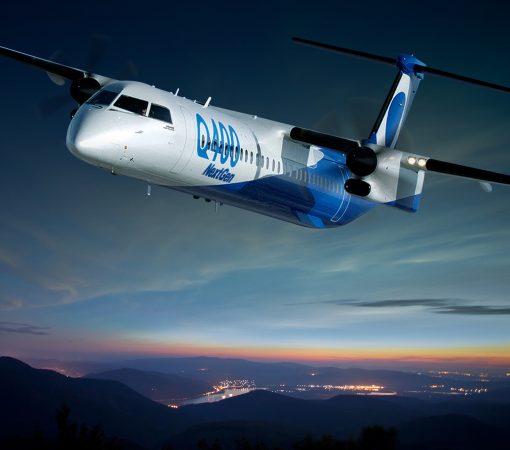 MONTREAL — Bombardier Inc. is sending two officials to Nepal March 13 to assist with the investigation of one of two deadly aircraft crashes over the past couple of days involving its Q400 turbo and Challenger business jet.

An air safety senior investigator will act as an adviser and a field service representative will support the airline, said spokeswoman Nathalie Siphengphet.

The Montreal-based company hasn’t been asked by Iranian officials for assistance in trying to determine the cause of a March 11 crash that claimed 11 lives.

At least 49 people were killed March 12 when a US Bangla Airlines passenger plane carrying 71 people from Bangladesh crashed and burst into flames as it landed Monday in Kathmandu, Nepal’s capital, officials and witnesses said.

The incident came a day after all 11 people on board a private Turkish Challenger 604 business jet crashed and burst into flames on an Iranian mountainside while bringing a wealthy businessman’s daughter and her friends home from a Dubai bachelorette party.

Bombardier representatives for the commercial and business aircraft divisions said the company was saddened by the accidents, adding their thoughts were with those impacted and their families.

Siphengphet and Mark Masluch said the planes are “safe and reliable” and other planes haven’t been grounded.

“It (Q400) has been designed to be robust and reliable in consideration to high cycle demands of regional airlines,” she said in an interview.

Masluch said more than 1,000 Challenger 600 series planes have been delivered and are “one of the most robust and reliable aircraft in business aviation.”

He called the back-to-back crashes an “unfortunate coincidence.”

“Certainly each accident is isolated to its own circumstances so it would be inappropriate to comment on any links between or just assume or speculate while both investigations are ongoing,” Masluch said in a separate interview.

The causes of both crashes aren’t immediately available but a top airport official said the pilot did not follow landing instructions from the control tower, and had approached the airport’s one runway from the wrong direction.

“The airplane was not properly aligned with the runway. The tower repeatedly asked if the pilot was OK and the reply was ‘yes,”’ said Raj Kumar Chetri, the airport’s general manager.

The 17-year-old plane had circled Tribhuvan International Airport twice as it waited for clearance to land, a company official said.

A recording of the conversations between the pilot and air traffic controllers indicated confusion over which direction the plane should land.

Just before landing the pilot asks “Are we cleared to land?”

The Q400 has sustained several landing gear incidents over the years but this is just the second crash of the aircraft resulting in death.

The National Transportation Safety Board concluded that pilot error, including the response by the captain, was the main cause of the accident.

Officials at Kathmandu Medical College, the closest hospital to Nepal’s only international airport, said they were treating 16 survivors of the Q400 crash, whose earlier versions were called Dash 8.

An AP journalist who arrived at the scene soon after the crash saw the twin-propeller plane broken into several large pieces, with dozens of firefighters and rescue workers clustered around the wreckage in a grassy field near the runway. Hundreds of people stood on a nearby hill, staring down at what remained of the propeller plane.

The plane swerved repeatedly as it prepared to land in Kathmandu, said Amanda Summers, an American working in Nepal. The crowded city sits in a valley in the Himalayan foothills.

“It was flying so low I thought it was going to run into the mountains,” said Summers, who watched the crash from the terrace of her home office, not far from the airport. “All of a sudden there was a blast and then another blast.”

Fire crews put out the flames quickly, perhaps within a minute, she said, though for a time clouds of thick, dark smoke rose into the sky above the city.

Meanwhile, the out-of-production Challenger business jet that crashed in Iran was owned by the private holding company of Turkish businessman Huseyin Basaran.

Those on board included Basaran’s daughter Mina, 28, and seven of her friends, all flying back from a party ahead of her planned wedding next month.

Iranian investigators on Monday found the “black box” from the Turkish plane and all the dead from the crash site in the Zagros Mountains, some 370 kilometres south of Iran’s capital, Tehran, according to a report by the state-run IRNA news agency.

It remains unclear what caused the crash, though a witness told state television the Bombardier CL604 was on fire before it hit the mountain.

— With files from The Associated Press