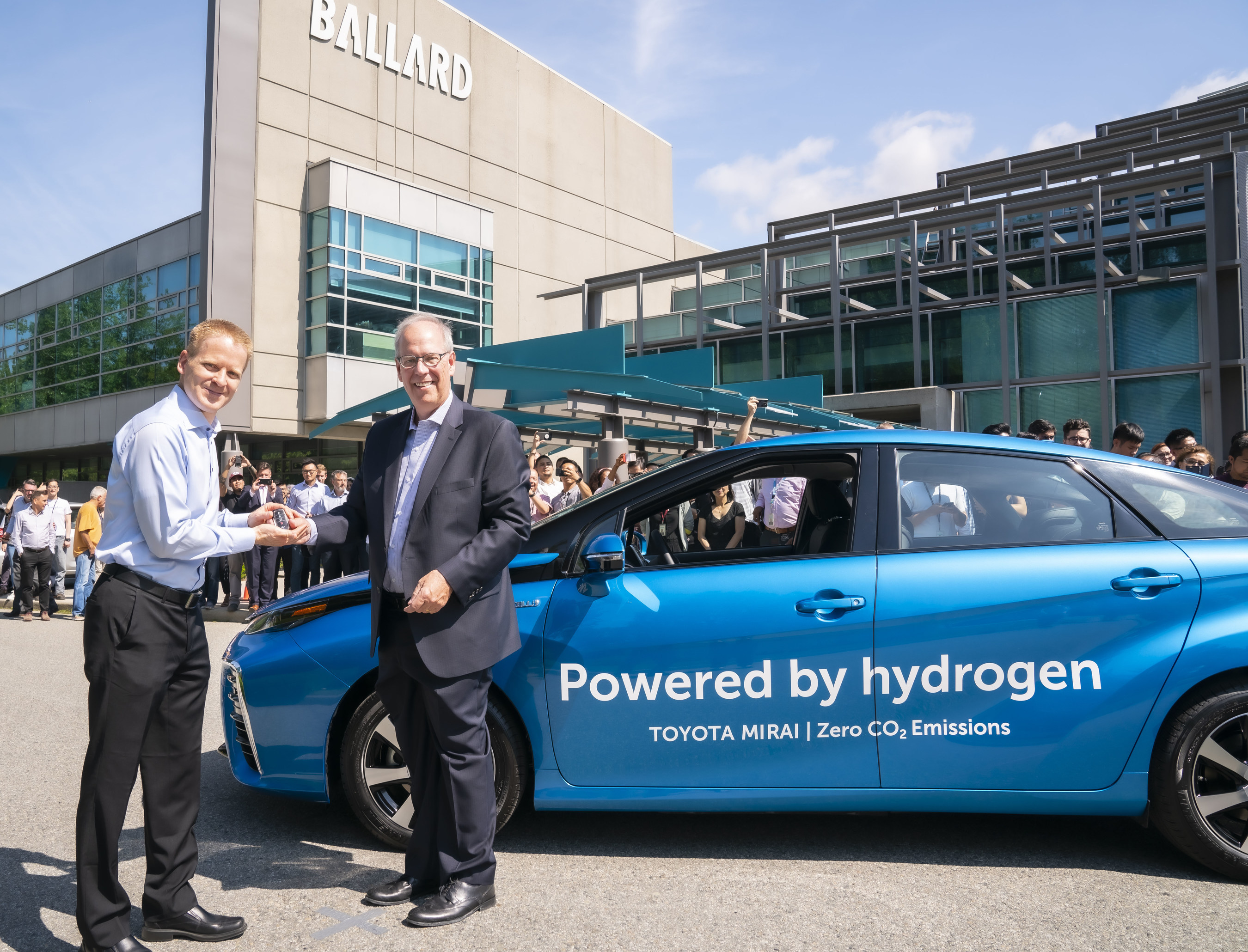 The Burnaby, BC-based company is celebrating 40 years in 2019 as FCEVs are gaining momentum in the province. The country’s first publicly accessible retail hydrogen station opened in Vancouver last summer, with another station to open in Burnaby. Earlier this year, Natural Resources Canada and the BC government announced they are contributing a combined $3 million to build two new retail hydrogen refueling stations in the province’s Lower Mainland, and it is expected that Greater Vancouver and Victoria will have a network of six stations by 2020.

The Mirai now available for purchase by fleet operators at 12 dealerships in the Vancouver area making Toyota is the first automaker to bring FCEVs to Canada en masse. The company has been working with other hydrogen stakeholders across Canada to put in place the necessary fueling infrastructure, training and service to support the sale of the vehicles.

The zero-emission vehicle is powered by hydrogen fuel cells, uses no gasoline and emits only water vapor from its tailpipe. Its competes with traditional internal combustion engines, with a range of approximately 500 kilometre and refuels in about five minutes.

By 2030, Toyota intends all models have an electrified model or an electrified option, with electrics making up 50% of global sales (about 5.5 million vehicles per year), and one million of those zero-emissions.