Airbus renames C Series aircraft developed by Bombardier as the A220 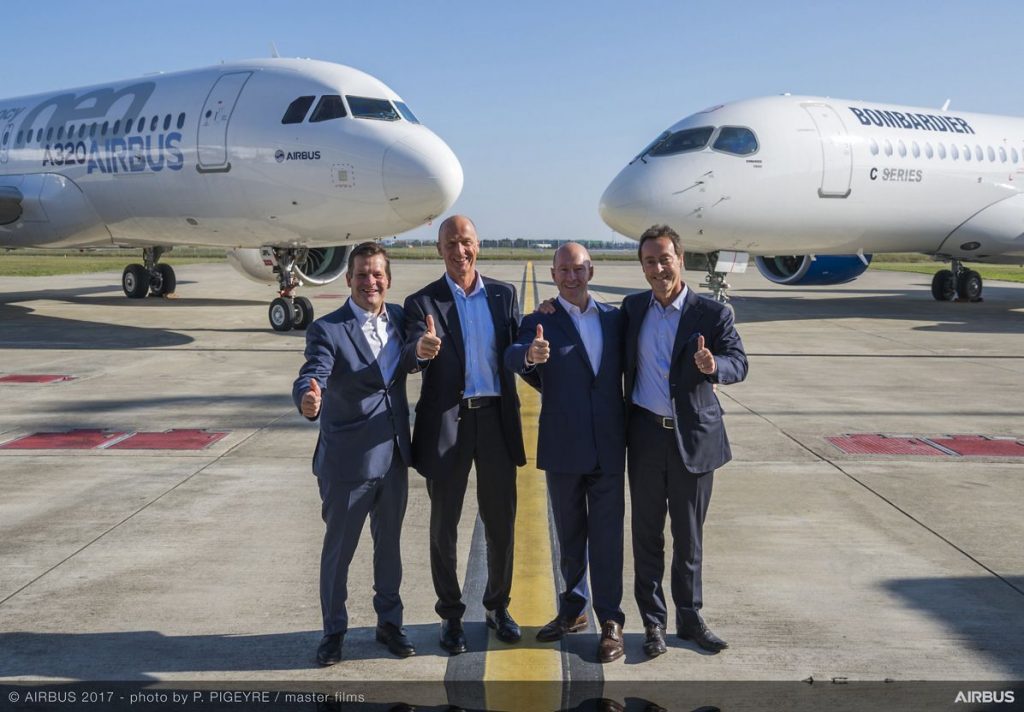 Under the C Series partnership, in which Airbus has a majority stake, the Bombardier jet has taken on a new name, the A220. PHOTO: Airbus Group

MONTREAL—Bombardier Inc.’s name will no longer appear on its C Series jet, which has been officially renamed the A220 as it joins the Airbus family of commercial aircraft.

The name change comes after Airbus officially took a majority stake in the C Series program earlier this month.

The change was announced Tuesday at Airbus’ headquarters in Toulouse, France.

“We are thrilled to welcome the A220 to the Airbus family and are honoured to see it wearing its new Airbus colours for the first time,” Guillaume Faury, Airbus president commercial aircraft, said in a news release.

“I pay tribute to all the women and men at Bombardier and the supply chain who have strived over the past years to bring this fantastic aircraft to the world.”

He said the 100- to 150-seat plane enters a new phase supported by Airbus’ vast resources.

The technology of the newly designed plane that results in higher fuel efficiency and quieter engines gives it a “decisive edge” in a very competitive market, added Eric Schulz, Airbus chief commercial officer.

“All these reasons contribute to my optimism that Airbus will support to make the A220 a great commercial success.”

Bombardier said in a statement that it fully supports the rebranding.

“It is a clear signal to the market that Airbus has put its full weight behind the program, which should accelerate sales momentum and cost reduction efforts,” it stated.

“It just strikes me as exactly the right thing. You want to tell the world this is now an Airbus product and we’re renaming it to indicate it is now a member of our family,” he said in an interview.

Despite losing the Bombardier name on the plane, the company still stands to earn profits as a minority owner. Moore said most people realize that to be fully viable Airbus is the right owner.

“Its future would have been more cloudy if it was just Bombardier.”

Under the deal between Airbus and Bombardier, the aircraft partnership’s head office and main assembly line will be located in Mirabel, Que.

Airbus also expects to start producing the aircraft for the U.S. market at a new plant in Mobile, Ala., in 2019 with deliveries coming a year later.

The C Series partnership involving Airbus, Bombardier and the Quebec government is credited by industry observers with prompting Boeing and Embraer to announce their own joint venture last week.

Airbus CEO Tom Enders hinted a meeting last week with Bombardier employees that aircraft orders would be announced at the upcoming air show near London.