PLANT and the decade of change. 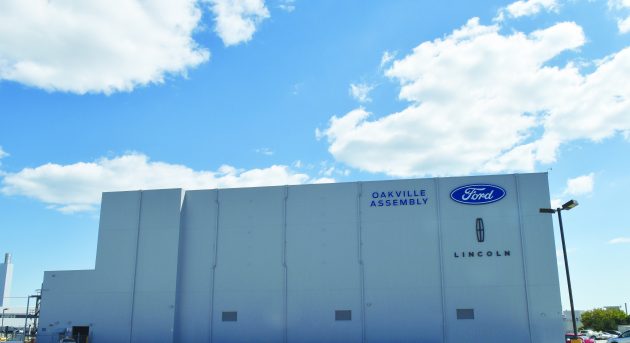 Something happened when the calendar turned over from 1959 to a fresh decade.

As the sun rose on the Sixties, post-war growth continued, but there was industrial, technological, social and political revolution in the air.

Where to begin… the Cold War with the Soviet Union was at its chilliest, the first manned Soviet space flight in 1961 led to American astronaut Neil Armstrong’s stroll on the Moon in 1969, the introduction of the first oral contraceptive in 1960 launched a sexual revolution, and an explosion of rock and roll brought the Beatles to the world’s attention in 1964. There was political upheaval, youth challenged authority, the oppressed asserted their civil rights and there were a lot of recreational drugs taken.

It was also an important decade for Canada.

In 1960, aboriginals were given the right to vote without having to give up their status or treaty rights, the Quiet Revolution in Quebec became more audible in 1963, Canada got its own flag in 1965, Canada celebrated 100 years as a country in 1967, the first Trudeau (Pierre) became Prime Minister in 1968, the same year Medicare came into effect, and in 1969, three New Brunswick engineers invented air hockey. Scores!

In the world of manufacturing, Americans owned more than half of Canada’s companies and by 1967 owned 88% of Canadian oil. On the upside, branch plants employed Canadians who paid taxes and their operations benefited from American technology. On the downside, the profits went south and as we have seen in recent times, many companies have followed, redirecting jobs to the homeland.

The 1960s was a key decade for Canada’s automotive industry, which was facing difficulties in the early years. The Big Three OEMs (Ford, General Motors, Chrysler) were importing an increasing number of cars and parts from the US, as in Not Made in Canada.

As a result, there was some rethinking by the two governments about auto trade, which led to the Auto Pact in 1965 and the active participation of the Big Three. This was a controversial move, because it was a conditional free trade arrangement that lifted tariffs and created a continental, unified automotive industry.

But it meant Canadian plants would build as many cars as were sold in Canada; and the manufacturers agreed to invest the equivalent of 60% of Canadian sales in their Canadian operations for three years.

PLANT Administration and Engineering (name change made in May 1961) predicted in its January 1965 issue this agreement would be just the beginning of free trade regions.

“It’s a matter of sound economics. After 100 years, we’re fed up to the teeth – or should be – with subsidizing to a ridiculous extent our present east and west within the confines of our national boundaries. Nationalism is one thing, economics is something else again…”

Yet he “shuddered at the thought of facing the tidal wave of American duty free products that would surge over the border.”

Free trade
Turns out the Auto Pact was beneficial to the industry and Canada’s economy. The Canadian Encylopedia notes by the 1970s Canada’s share of the market doubled from its less than 5% in 1965. In the 1980s the sector grew with the addition of plants from Toyota and Honda elevating Canada’s industry to the world’s sixth largest.

But with the US Free Trade Agreement in 1989 and NAFTA in 1993, the Auto Pact was rendered obsolete, then illegal in 1999 when the World Trade Organization ruled it unfair to Toyota and Honda.

Today Canada’s automotive industry is in flux as new investment is channelled to Mexico and the US. Globalization continues to change the dynamics of the industry, and it remains to be seen what effect recent free trade agreements will have, or where Canada will fit in.