Manufacturers have clear aspirations to engage with Industry 4.0, but without knowing how or where to begin, they won’t realize their goals. 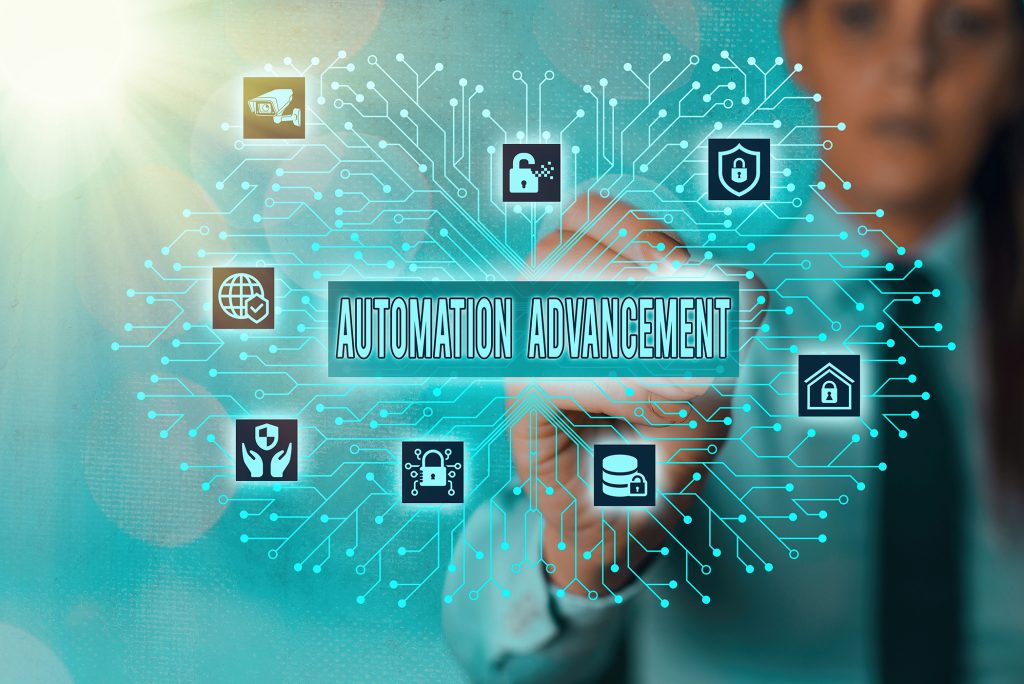 Manufacturers hoping to gauge their level of technological maturity may be hard-pressed unless they know what they are looking for.

For one, there is no set definition on what advanced manufacturing is, but consensus is growing on a set of criteria, including being R&D intensive, having a high percentage of the workforce employed in STEM-related occupations, being at the cutting edge of design and productivity, and displaying higher-than-average capital expenditures.

If manufacturers are to level-set, the industry needs clarity on how advanced manufacturing is defined for specific contexts, says Brendan Sweeney, managing director at the Trillium Network for Advanced Manufacturing. This will not only go a long way in helping to determine Ontario’s—and Canada’s—advanced manufacturing strengths but will also identify those industries that require more support.
At the very least, says Sweeney, advanced manufacturing involves “the successful achievement of business objectives by developing, producing, or adopting new and novel technologies.”

Sweeney adds that technology can solve a particular problem, but it depends on the context. For example, in producing medical devices or robotics, the process of building the product may not be automated, but the medical device or product may be extremely advanced. Similarly, some processes are extremely advanced and highly automated, as in the case of a plastic bottle manufacturer that manufactures two billion plastic bottles a year.

The criterion of contributing to society is an appeal to advanced companies to be purposeful beyond their own pockets. “That could mean that we’re moving away from an internal combustion engine to an electric vehicle that is for the better of the environment,” said Sweeney. Other industry examples include healthcare (making vaccines, PPE); food security (“Could we kill chickens more humanely?”), or “Can we improve safety protocols so that workers don’t get COVID?”.

For Sweeney, adding a condition for paying workers a decent wage is also fundamental. “Did you know that the average hourly wage in Ontario is $30?” he asks. “There’s an owner of a machine shop in St. Catharines, Ont., whom I love to quote: ‘If it’s your first day at the shop and you’re 18 years old, the job might only be worth $18 an hour. But by the time you’re 30, I must get you $30 an hour, or else you’re leaving for my competitor.’ So, pay well.”

Consider the City of Mississauga
Like Sweeney, Walter Garrison points out that levels of engagement with emergent technologies differ with every company, its managers, and the overall understanding of the technology.

As a former advanced manufacturing business integrator for the City of Mississauga economic development office, Garrison has observed how manufacturers, particularly small- and medium-sized enterprises (SMEs), struggle to adopt new technologies, unless they are well capitalized. “For one, they have to understand how to successfully research the technologies that are out there, how to test those technologies and how to implement that technology,” said Garrison.

Beyond a manufacturer’s own capabilities, understanding the local landscape and the manufacturing ecosystem matters a great deal, suggests Garrison.

“Those companies that had headquarters elsewhere, but had a location in Mississauga, were competing with other jurisdictions for work packages,” he said. “If they were able to demonstrate superiority at workplace efficiency, that would make all the difference. As far as being engaged with IIOT and Industry 4.0, I certainly think those companies that monitor national trends and are focused will get their directives from the global HQ.” 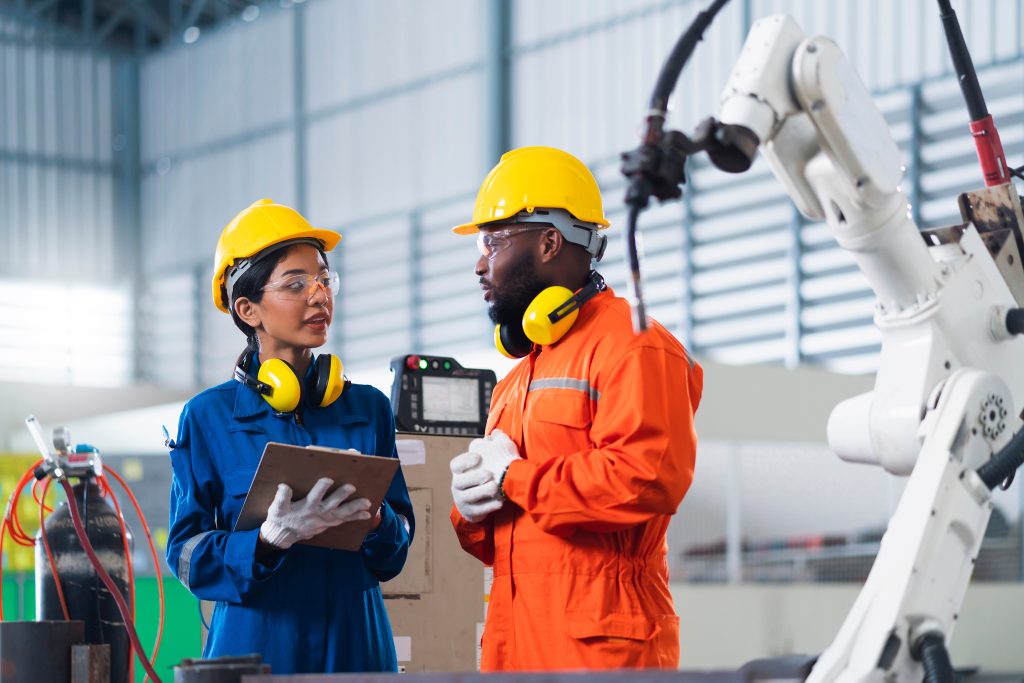 Relationship between location and talent
Compared to the GTA, Ontario and the rest of Canada, Mississauga has no shortage of automation companies. “There certainly are examples in the city of world class manufacturing, where Industry 4.0 has been well adopted and companies continue to push the envelope,” he said. “Systems integrators, seem to be more in Cambridge area, and sometimes in Vaughan.”

Manufacturers whose clientele have international scope need to be at the leading edge of innovation and how efficient their production practices are, says Garrison. “You’ll see robotic arms in operation, but you’ll see an understanding and a mindset that is well thought out before they integrate that process into complex industries like aerospace or defense,” he said.

There’s no question Mississauga’s growth can be partly attributed to its proximity to Toronto. Malton, a neighbourhood in its northeast end, is home to Toronto Pearson International Airport—Canada’s busiest airport—and the site where many multinational corporations locate their headquarters. Manufacturing companies gravitate to the area because it is located between Toronto and Waterloo, Ont. (The Toronto-Waterloo Corridor is the largest tech cluster in North America outside of Silicon Valley.) Garrison also describes the city as a hub for engineering talent.

“The idea that Mississauga is a bedroom city is a thing of the past,” said Garrison. “In fact, immigration, which was halted in 2020 and to a certain extent in 2021, is picking up again. A lot of people coming into the city are skilled and highly qualified.”

Small plant advantage
Ben Whitney, president of Armo-Tool and Abuma Manufacturing, agrees that Canada has a smart, engaged workforce. He points out; however, that manufacturers in this country generally lag the U.S.
For Whitney, there is an opportunity for SMEs to capitalize on. “With smaller plants, it’s hard to have the right people,” said Whitney. “But it’s a good time now with the labour shortage and the blessing of the smart people that we do have to spend a bit of money and turn people loose on feeling out what’s the right solution for us.”

The same prospect extends to branch plants, he says, where there may be an opportunity to take on a project that corporate views as a little bit risky. “At a smaller plant in Canada, we can devote the resources and turn ourselves into the test sites for some of these [emergent] technologies. We can take the opportunity to go first, rather than being the laggard in some of these strategies
and technologies.”

Based in London, Ont., Armo-Tool has a unique vantage that allows Whitney to steer both technological and process innovation. The privately-held, family-owned company was started in 1969 by Whitney’s father as a precision grinding and coating shop. The outfit expanded over the years to include progressive and transfer stamping dies, tooling, and automation, particularly for the automotive industry. In 2017, the company acquired Abuma, which specializes in low volume, high quality steel and aluminum fabrication.

“We were able to take the stainless-steel fabrication expertise of Abuma, plus Armo Tool’s robotics automation experience, to approach some new industries,” said Whitney. “Traditionally, Armo-Tool served a lot of automotive business. However, with some of the new capabilities, we’re able to diversify to food and beverage, and consumer product assembly and packaging.”

Still, achieving a ‘true’ Industry 4.0 assembly line model in a facility characterized by ‘single machine automation level complexity’ can be difficult, admits Whitney. “A lot of what we’re trying to do is get more live information into the hands of more people—which isn’t exactly Industry 4.0. It is machine data sharing. In our process the people are the productivity machines, and the goal is to make sure that they have the information they need all the time to make good decisions.”

In recent years the company’s investments have focused on educating the team of 180 members and working together to coordinate activities, particularly once routines were disrupted through the pandemic, said Whitney, who mentions there are a lot of hidden opportunities to be had from a small investment in data. For instance, Armo-Tool uses the services of FreePoint Technologies, a developer of machine monitoring software to monitor its CNC equipment. “By doing that we are able to identify what a lot of root causes are of, not necessarily downtime, but of non-productive time,” said Whitney.

The appetite for machine monitoring is evident across the industry. “There has always been a ton of data in the machinery, but it wasn’t actionable,” said Whitney. “And it wasn’t getting into the right people’s hands in a timely fashion. Now that the machine can be tied directly back to the work, one can monitor the true causes of scrap, and track the causes of downtime and do all kinds of great analyses.”

A lesson in contrasts
Garrison, Sweeney, and Whitney agree that the challenges of the day can be overwhelming, especially for manufacturers who are hesitant to make feasible technology improvements.
The restraint is never more palpable than when Whitney compares underlying trends and the behaviours of his U.S. and Mexican customers—especially with respect to the level of technology they require for solutions. “Canadian customers oftentimes want the same machine from 10 years ago, with little advancement as possible,” he said.

In contrast, Mexican customers, that tend to have younger technical workforces and younger leadership, want new technology and tend to order the most cutting-edge machine possible.
“To me, that’s really exciting and has strengthened opportunities for them,” said Whitney. “In Canada, sometimes we do that. However, I am seeing a page turning, where there’s more interest in buying more automation in Canada. I think it’s due to the changing of the guard from the Baby Boomers to a younger generation of project managers and technical specialists. I also think that with the labour shortage, there’s more interest in doing a more ambitious project from our customers in Canada.”