The Quantum Artificial Intelligence Lab in California will upgrade its computing power with the new 2000Q system. 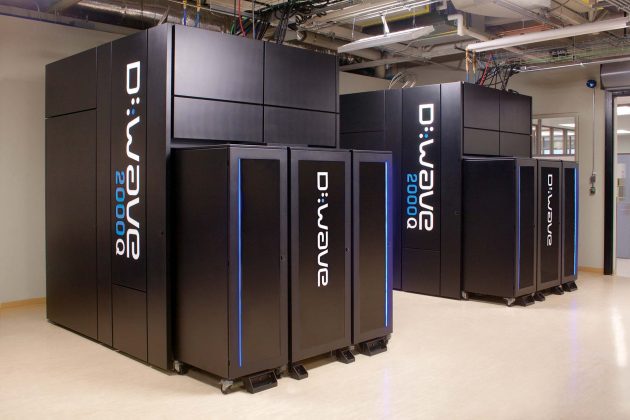 The 2000Q system in the laboratory. PHOTO: D-WAVE

D-Wave Systems Inc. has been making quantum leaps and bounds recently as it furthers the development and application of its unique, advanced superconducting computing technology.

Indeed, this Canadian rising star based in Burnaby, BC (with offices in Pal Alto, Calif.), and grown from roots established at the University of British Columbia, is the first company in the world to sell quantum computers. And it has just provided an upgrade to a triumvirate of tech heavy-weights that are gauging the potential of artificial intelligence.

The multi-year agreement supports research on how quantum computing could be applied to artificial intelligence, machine learning and difficult optimization problems.

“The new system will be the third generation of D-Wave technology installed at Ames,” says D-Wave CEO Vern Brownell.
It replaces D-Wave’s 2X system, a 1000+ qubit quantum computer installed at QuAIL in September 2015. The 2000Q doubles up the qubits to 2,000 to handle bigger problems.

Qubits separate the quantum from conventional computing. A computer encodes data in binary digits (1 and 0). Qubits exist in two states – on and off, simultaneously – to speed up calculations of complex problems.

Earl Joseph, vice-president for high-performance computing, an IT market research firm at IDC, described the leap from 1,000 to 2,000 qubits as a “major technical achievement and an important advance in the field of quantum computing.”

The first D-Wave system was installed at Ames in 2013. Scientists have been using it for a range of complex problems such as web search, speech recognition, planning and scheduling, air-traffic management, robotic missions to other planets, and support operations in mission control centres.

“The new processor offers more controls for each qubit, which enables us to experiment with new quantum-enhanced optimization and sampling algorithms,” says Hartmut Neven, director of engineering for Google and head of QuAIL.

D-Wave’s 2000Q system will be installed at Ames later this year.

And Volkswagen has been working with D-Wave on a research project involving traffic flow optimization that has used data from 10,000 taxis in Beijing.

The two companies were to announce their strategic cooperation at CeBit 2017 in Hanover, Germany and demonstrate the advanced mobility software.

D-Wave is also working with Virginia Tech, and its research institution to set up a joint effort that will provide researchers from the Intelligence Community and Department of Defense with greater access to quantum computers.

The plan is to create a permanent quantum computing centre to house a D-Wave system at the Hume Center for National Security and Technology. Hume leads Virginia Tech’s research, education and outreach programs, which focus on the challenges of cybersecurity and autonomy in the context of national and homeland security.

D-Wave will work with Virginia Tech to enable staff, faculty and affiliates to build new applications and software tools for D-Wave quantum computers. Participants will be selected by Virginia Tech and include experts in artificial intelligence, machine learning, optimization, and sampling.

“We will continue to increase performance of our quantum computers by adding more qubits, richer connections between qubits and more features by lowering noise and by providing more efficient, easy-to-use software.”