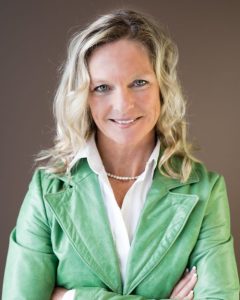 Nelson naturally joined Royal Containers, her father’s company, in 1992 when she graduated from Brock University with a Bachelor of Business Administration (Honours) degree. Nelson became President and CEO of Royal in 2009 and is the Chairman of the board and a part owner of both Tencorr Packaging and Greenpac Mill.

Encouraged by her father to join, Nelson went on to serve as President of AICC Canada in 2000 and Chairman of AICC international in 2010. Nelson is currently the Overseas Director of AICC and business advisor to several other companies.

What drew you to a career in the packaging industry?

Kim Nelson: Well for me it was a family business, so my father started the company back in 1980 and it led to my career ultimately. I mean I went to university, and I went off to western for law school, but was quickly called back to the to the family business when the receptionist went on holiday, and the duty of the daughter is to come back and answer the phones of course. From there, one thing led to another and I’m very happy to have now had a career in in this business, but ultimately it was through family connection.

What is one of the things that you worked on at Royal Containers that you’re most proud of?

KM: There are some moments in our history where we’ve experienced a lot of growth, and one that’s happening right now, we’re doing a big expansion in our London, Ontario plant, but what I’m proud of is that I feel that we’ve assembled or I’ve helped to contribute to assembling the right team. It’s the right team of executives and leaders right now that is making it possible and allowing us to be so successful, so truly the answer to that question is I’m most proud of the team we have right now, this moment in time that’s allowing us to really grow even in the last almost eight years we doubled in size, so I’m proud of my teammates.

KM: My job day-to-day is somehow showing very clearly what the vision of the

company is, so that on a day-to-day basis I’m not making the day-to-day decisions, but the decisions that are made by the team have to be in alignment with that ultimate vision. So, one of the most important roles I have is to paint the picture of what the future looks like so that everybody is on board.

What were the greatest barriers for you as you started out in your career and how did you overcome them?

KM: The barrier is just the learning curve, really. It’s the-gaining-the-experiences and going through the highs and lows, and learning through failure many

many times. They’re challenging because they’re emotional at points, but you have to go through them in order to understand the next level.

What are some steps you think should be taken to support women in the manufacturing or packaging industry?

KM: I’m for everybody, men and women, no gender, to get together and discuss the challenges because I don’t think there’s any difference. What I think the challenge is, is that industries need to look at how are we attracting women into the industry. I don’t even know that there’s a way that we attract women, but I think what we can do individually on a much smaller scale is look at employees that we have, in particular the young women that we have, and work with them and see: do they have the potential of becoming a leader in the business.

I do that all the time. In fact, my succession plan is a young woman who started in the business at a very young age and is working her way through all of the positions to learn and earn the respect of the employees. So, I think it’s more incumbent upon us as individuals to help attract and take other young women under our wing and help them through, versus something on a big scale.

What advice would you give to women who are looking to advance more senior roles or positions in the industry?

KM: You got to be authentic. You don’t fake it, you be authentic and everybody will appreciate that. We all make mistakes, we all we are who we are, but if you get along with everybody and you have fun that’s a lot easier than trying too hard to achieve something.

Of course, you know are you capable of having the value, such as how responsive are you with within your team, are you driven by performance, are you showing the characteristics of a leader, these things are all important. But my advice, at the end of the day, to the young women: are you enjoying it? are you getting along with others? do you go ahead fit in?

I think it sounds simple but I really feel that that’s really where it starts.