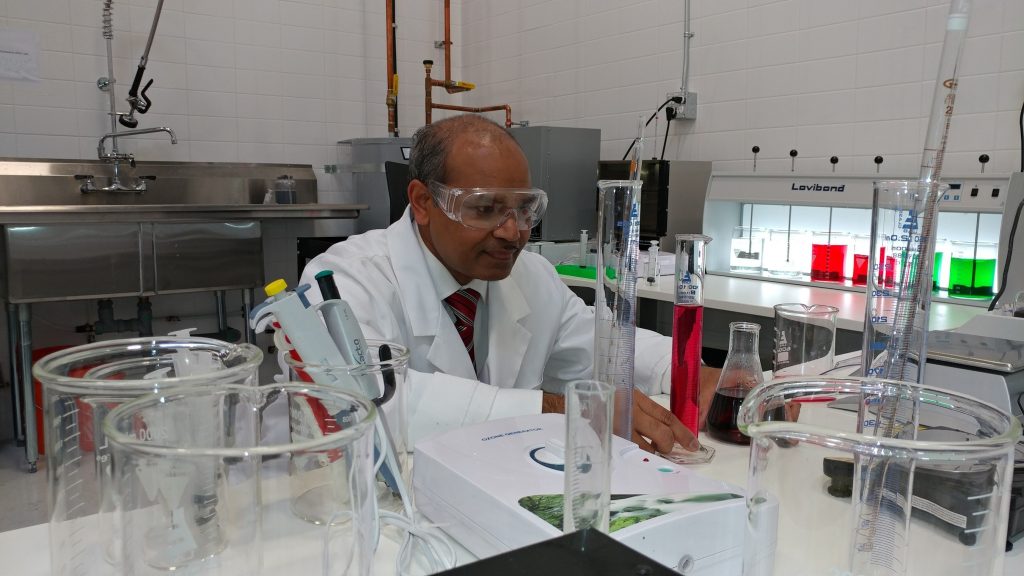 Manufacturers operating in the food and the fast-growing cannabis industries have to deal with organic waste that for the most part winds up in landfill. But an innovative Vancouver biotechnology company has onsite turnkey waste systems for both industries that do no harm to the environment.

Micron Waste Technologies Inc., developer of the Organivore (for food) and Cannavore (for cannabis) industrial-grade organic waste processors, has been busy securing US patents, opening an R&D centre in Delta, BC and beginning production of the units as a promising market awaits.

About 58.8% of the food produced in Canada (35.5 million tonnes) is wasted (Second Harvest report). The manufacturing process loses or wastes 4.8 million tonnes and there’s about 56.6 million tonnes of CO2 equivalent to consider. Food waste that ends up in a landfill produces methane, the second most potent greenhouse gas, never mind the emissions produced hauling it to the dump. The company claims its system is 35% more cost effective than current waste management practices and the end result is clear, potable water that’s safely returned to the environment.

This is where Canadian innovation helps. Mircron Waste’s onsite digester arrives in a shipping container (20-foot, 1,200 kilogram capacity or 10-foot, 700 kilograms, according to the website). The process involves hardy microbes and enzymes that convert organic waste into grey water (for a visual, go to the company’s website, https://micronwaste.com, and check out the short video). What’s left is 5% of undigested material that gets additional treatment in a four-step process.

It starts with a special blend of microbes and enzymes that are mixed into the grey water to eliminate the biochemical oxygen demand (BOD) and total suspended solids (TSS).

A special blend of bio-organisms to remove BOD, fats, oils and grease (FOG) and COD elements is used at the third stage. And in the final step organic additives are mixed with the grey water to conclude the cleaning. What’s left is recycled back into the digester and used for non-potable applications or dumped in the sewer (yes, it meets municipal standards).

In April, Micron Waste and BC Research Inc. (BCRI) announced an expanded collaboration that would speed up commercialization of the second-generation food waste processing system. BCRI, based in Richmond, BC, provides engineering and equipment to the chemical, pulp and paper, minerals processing and electromechanical sectors. It’s located near the Micron Waste Innovation Centre in Delta, BC.

“Our prototype Organivore has already been successfully tested under commercial conditions. The next step is to make the system turnkey for customers,” says Bob Bhushan, Micron’s founder and chief technology officer. “We have worked closely with BCRI on the Cannavore and know they can hit the ground running and compress our timelines to install next-gen bio-processing, upgraded computer systems, safety systems, customized housing, temperature controls and automation.”

On the cannabis side, there’s a growing market serving medical and recreational use. The Brightfield Group cannabis report projects the market size in Canada for both to be worth $5 billion by 2021.

Micron’s Cannavore system has successfully operated at Aurora Cannabis Inc.’s Mountain facility near Calgary. Edmonton-based Aurora is one of the largest licensed cannabis producers with eight licensed production facilities, five sales licences, and operations in 24 countries. It has committed to installing Micron’s technology at its other facilities.

The waste system integrates a shredder, microbial digester and water treatment system. Organic waste is pulverized and rendered, then combined with Micron’s microbes and enzymes that denature the active pharmaceutical ingredients. Effluent from the digester is further treated and the clean greywater is reusable in growing operations, or safely discharged.

With commercial promise beckoning, Micron is aiming to expand its digesting technology into new product verticals such as food processing, brewing and spirits, pulp and paper and biological pharmaceuticals.

This article originally appeared in the July-August 2019 print issue of PLANT Magazine.