University of Waterloo is working on the auto industry’s innovation challenges. 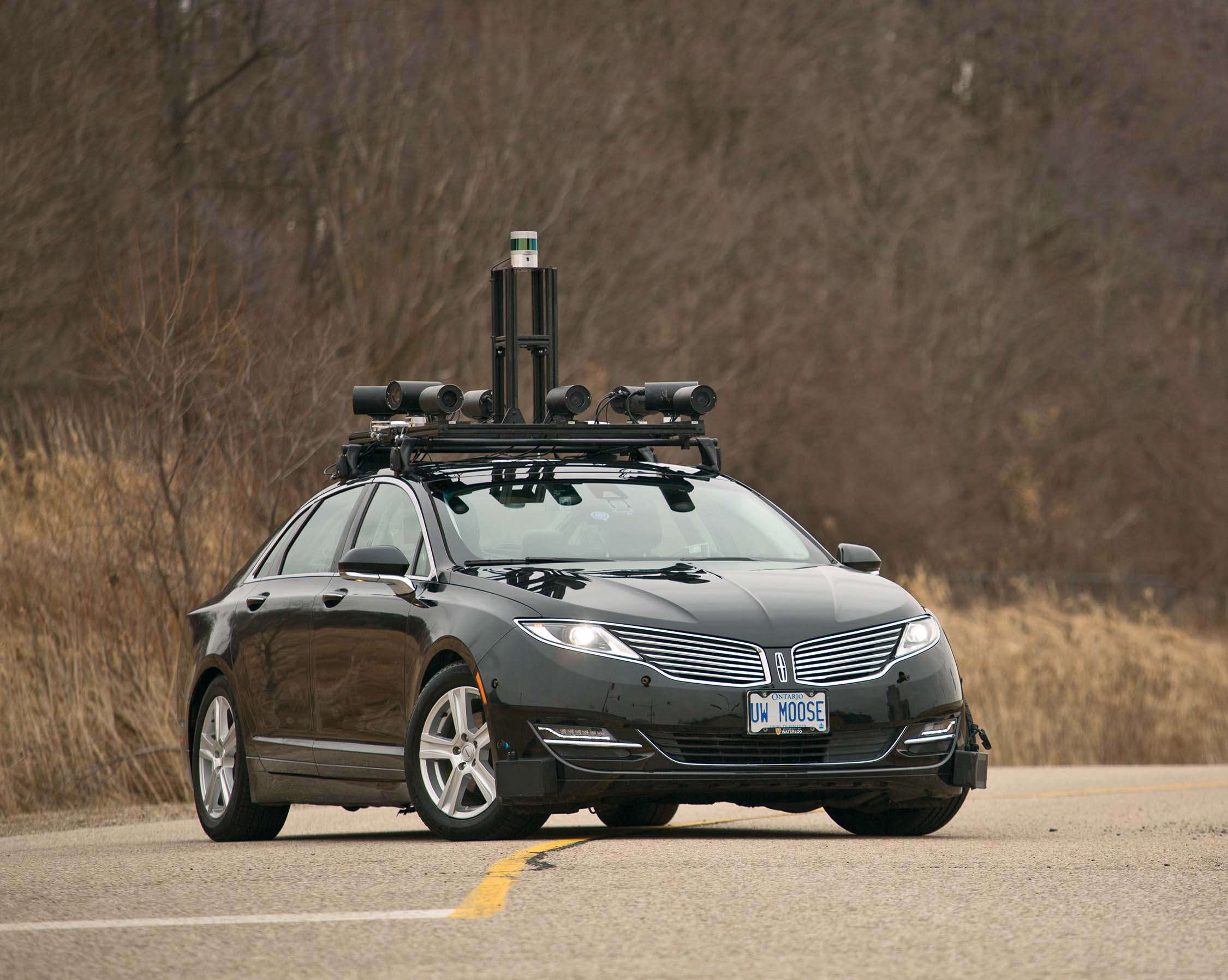 Auto manufacturers are continuously looking to improve their products, systems and processes. Vehicles and parts need to be lighter, stronger, easier and cheaper to make. They must also be more fuel efficient, environmentally friendly and increasingly – as autonomous technology takes over – more intelligent. But innovation is expensive and labour-intensive, so where do companies turn when they need to enhance a product or solve a pressing problem when they don’t have the resources in-house?

The University of Waterloo’s Centre for Automotive Research (or WatCar) draws on the expertise of more than 125 university faculty across its sciences and engineering departments to help companies in the automotive space nail down their next big idea.

WatCar helps with projects involving lightweighting, autonomous driving, connectivity and next-generation powertrains in a number of ways, depending on the scope of the challenge and how much time the company has to solve it.

Collaborative research tackles the big picture. A project involves a professor and members of a research team, typically running between 18 to 36 months, though in some cases it can stretch over five years.

“You can have a multi-phase collaborative research project in three phases over five years and you don’t even really know what phase three is going to entail,” says Ross McKenzie, WatCar’s managing director.

These types of projects are open-ended in nature, and usually address game changing technologies that revamp entire product offerings for companies. Costs are shared between the firm and participating governments (federal and/or provincial).

For those looking to address smaller issues and don’t have 18-plus months to spare, WatCar offers more limited partnerships through contract research. A professor and a team will apply a narrower focus, or if a project is relatively simple and doesn’t require the expertise of a professor, WatCar would pull a graduate student off a research team to intern with the company. Companies pay 100% of the cost, but get a targeted solution to an urgent problem.

Another option is leveraging undergraduate co-op placements by breaking a project into four-month work modules and hiring one or two students to work on it full-time. These students are paid salaries for their services, but McKenzie asserts it’s worth it: co-op engineering students must complete a work term every other semester, so it takes five years to get a four-year degree. That makes a fourth-year undergrad from Waterloo the equivalent of a first-year post-graduate student somewhere else.

The centre looks at the potential project, breaks it down and finds the most effective solution given the firm’s technological needs, budget and time constraints. If the project doesn’t result in anything feasible, there’s still value derived from the effort. The company avoids wasting money in development.

WatCar’s advantage is the breadth of research projects and testing labs housed on campus.

“The project that gets the most attention is our autonomous vehicle research,” McKenzie says.

The campus also has an anechoic chamber. This echo-free, sound absorbing room used for antenna and radio system research holds up to a 2.5-tonne pick-up truck.

WatCar even dabbles in autonomous robotics through RoboHub, a Waterloo facility where ground, aerial, humanoid and magnetically levitated robots are built, tested and researched – a program that has applications for auto manufacturing.

This network of accrued knowledge doesn’t just help WatCar fulfill its mandate of helping to solve the auto industry’s most pressing challenges, it allows the centre to play a role in the future of Canada’s advanced economy.

Waterloo’s students and research capabilities were a draw for General Motors when it opened a software engineering centre in Markham, Ont. in January.

Uzma Mustafa, General Motors Canada spokesperson, says the automaker chose Markham because of the community’s proximity to the Toronto-Waterloo tech corridor, and because “we have access to world-renowned universities, along with first-class research institutions, academic experts, which Waterloo of course has, and the next generation of innovators.”

The automotive industry is undergoing a transformation as it adapts to advanced technology and climate concerns. WatCar is helping manufacturers pave the way to a greener, higher tech future.

Regardless of the scope a project, one of the biggest sticking points that companies have to navigate when working with a university is the protection of their intellectual property, and how to assess ownership of IP derived from the collaboration.
“We have a very unique intellectual property policy at the University of Waterloo. It’s unique in North America if not the world,” says Ross McKenzie, WatCar’s managing director.
Any IP that results from a project is negotiated between the lead professor and the firm. The university administration is not involved. McKenzie contends that this makes non-disclosure agreements far less onerous at Waterloo than at other institutions.