Initial work will be focused on engagement and communication, while growing the CME's membership base. 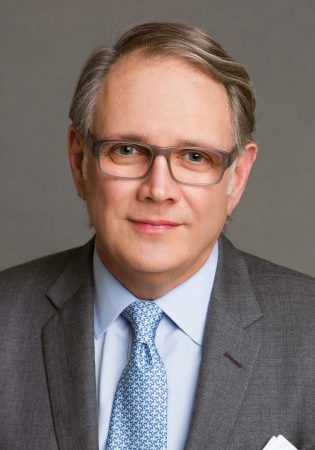 He takes over from Jayson Myers, who has stepped into the public affairs world, launching an advocacy firm that helps organizations identify opportunities arising from the changes that are reshaping industry and international business.
Darby was responsible for strengthening the OPA and growing membership through the development of programs and services, and advocating public policy improvements for association members. He’ll have a similar focus at CME, which currently has 2,500 members.

He is not a stranger to the world of manufacturing. Darby spent 24 years with consumer products company Procter & Gamble, where he began as a product engineer, eventually becoming director of North American external relations.

His work with Procter & Gamble included stints in Europe and the US leading a number of plant startups. He started in product development and engineering before moving on to plant operations, responsible for identifying cost savings at P&G plants, including operations in Hamilton and Montreal.

Born in Hamilton, he’s the son of a steelworker and a graduate of McMaster University, earning a degree in chemical engineering and management. He’s also a registered Professional Engineer in Ontario and he achieved the Institute of Corporate Directors designation from the Rotman School of Management at the University of Toronto in 2011.

“As a Hamilton kid, everyone worked in manufacturing. What I remember most is their pride in making things people used that contributed to the economy,” he says. “Those memories have a lot to do with why I gravitated to manufacturing.”

One of his goals at CME is to engage the membership while attracting new companies to the organization. As a member of CME during his time at P&G, he applauded the progress related to government policy and the manufacturing sector achieved by Myers and the then-CME leadership committee.

With Donald Trump in the White House, he believes this is a crucial time to further engage Canadian manufacturers and help them deploy their efforts on a more global scale to leverage free-trade agreements, such as CETA.

“Some associations have struggled to provide value to their members; and many SMEs aren’t as likely to join associations as they once were. That’s going to be my focus. It’s no secret that the association has lost some members over the last few years, so we need to make sure our current and potential members know why it’s important to be part of an association like ours.”

Nationally, manufacturing is close to full capacity and there isn’t a lot of room without investment, he says. CME will also continue to bring all levels of government together to make that happen.

“We have to provide companies with the right conditions to encourage investment in people, training and high-tech capacity, and making those decisions easier,” Darby says.
As for the Trump factor, he’s confident the federal government will work to maintain Canada’s balanced trade relationship with the US.
“We share a lot of common regulatory frameworks, so when the US administration is critical of countries where there are perceived unfair advantages, it’s critical Canada reminds the US that we build things together,” Darby says.

Canada’s deeply rooted relationships with the US Great Lakes states, home to most of America’s auto manufacturing, is critical. CME has ongoing dialogue with governors there.

Should the Trump administration get into a tweaking of the North American Free Trade Agreement, CME has some ideas on how to modernize the deal and provide members with the tools they’ll need to compete and export globally.

“Canadian manufacturers are nimble and efficient, so we want to promote those capabilities and export into other markets,” he says, adding CME will remain active in the TPP and CETA trade agreement frameworks. “Whenever there is a challenge, there’s opportunity.”