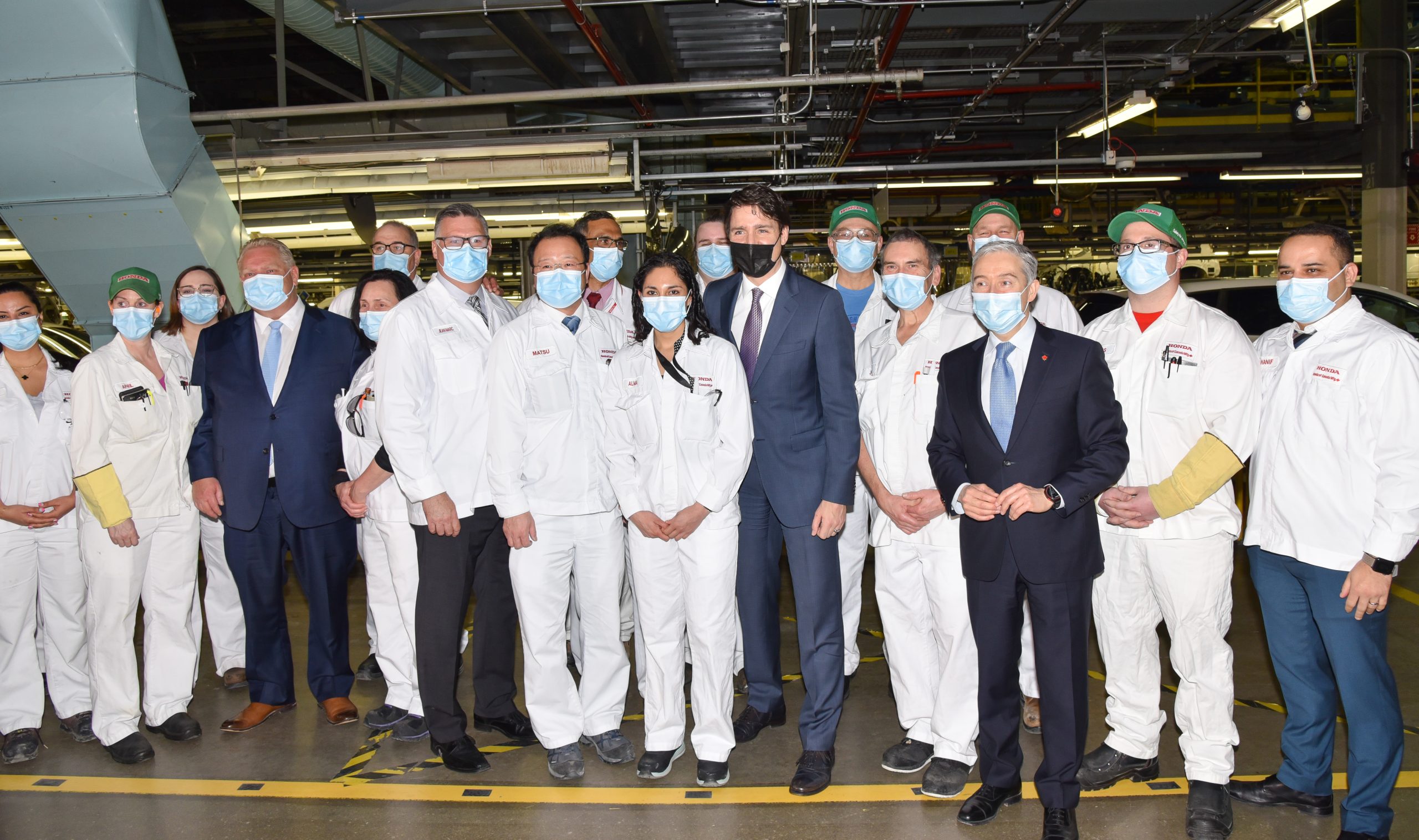 Honda of Canada Mfg. (HCM) will invest $1.38 billion over six years to upgrade its Alliston, Ontario, manufacturing plants. HCM is partnering with the governments of Canada and Ontario, with each contributing $131.6 million.

“Today’s announcement is more proof that there is no better place for auto manufacturing than right here in Ontario,” said Doug Ford, Premier of Ontario. We are home to the most skilled workers anywhere in the world, we have all the necessary natural resources, and we have created the best environment for jobs to grow and businesses to flourish. We are so pleased that Honda has made this investment in Ontario and that the cars of the future will be built here in Alliston and across Ontario for decades to come.” 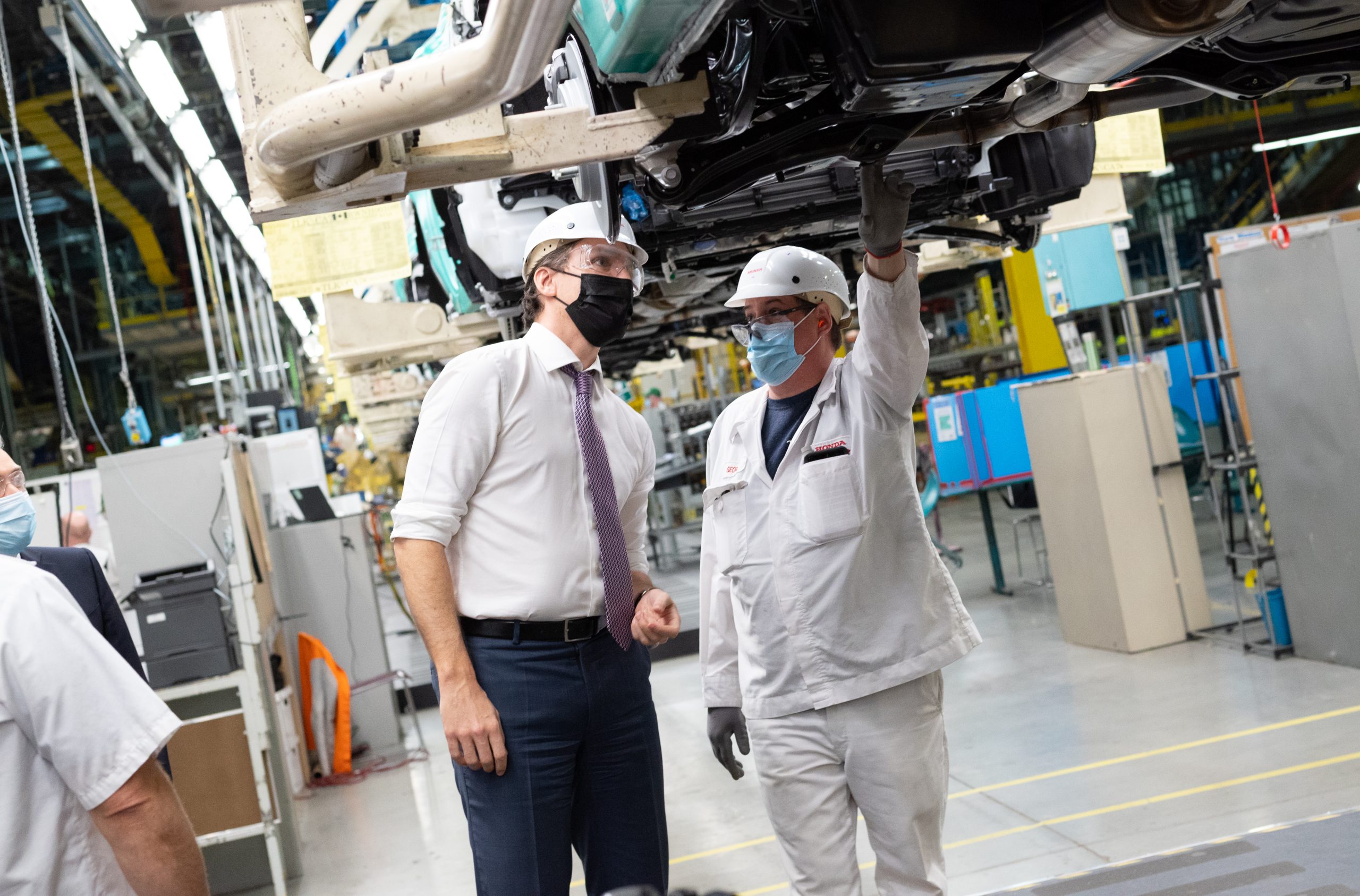 “This represents an important milestone for Honda as we move forward in our ambitious vision to make battery electric vehicles represent 100 per cent of our North America vehicle sales by 2040,” said Jean Marc Leclerc, President and CEO, Honda Canada. “HCM is home to a team of remarkably talented associates who build some of Honda’s most popular and fuel-efficient products. This investment not only ensures our product and manufacturing competitiveness within Ontario, Canada and abroad, but also significantly bolsters our ongoing efforts to reduce greenhouse gas emissions to help Canada attain its overall climate targets.”

Both production lines at HCM will be retooled, in turn securing jobs in Alliston and throughout Honda’s Canadian supplier network. A range of enhanced job training initiatives and expanded inclusive hiring practices, and research and development programs are also part of the financial commitments. Currently the plant employs 4,200 people. 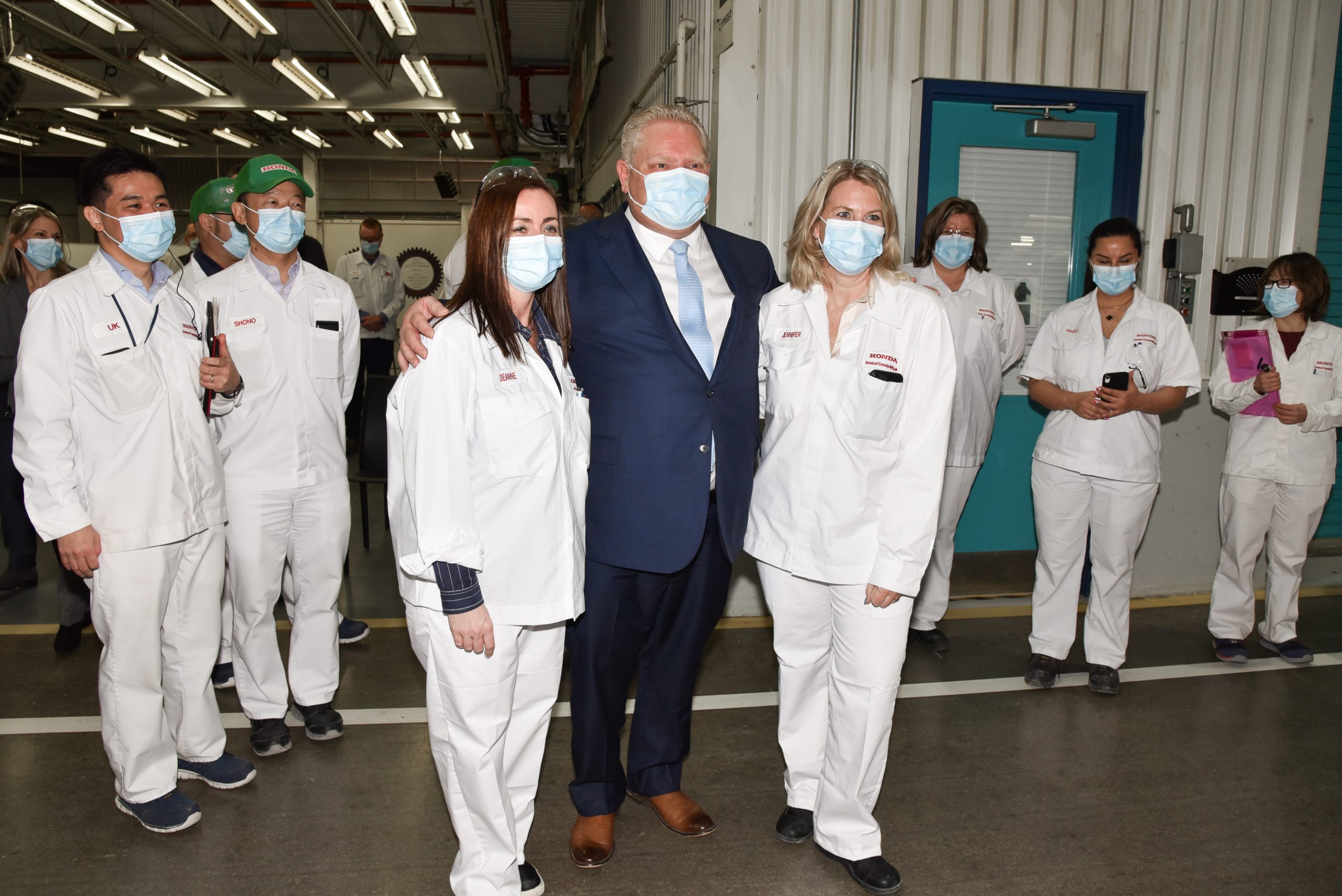 “Today, we’re investing in workers, in communities, and in our future. Building hybrid-electrics will support thousands of good jobs here in Alliston and grow the economy, all while cutting pollution and keeping our air clean. By helping Canadians build – and then drive – cleaner vehicles, we’re delivering on our plan to build a better future for all,” said The Rt. Hon. Justin Trudeau, Prime Minister of Canada.

Honda’s total investments in its Canadian facilities since it became the first Japanese auto maker to build a Canadian manufacturing facility in 1986, are now at over $6.5 billion. In that time, it has also produced the Honda Accord, the first vehicle driven off the line at the plant; opened Plant 2 by producing the Honda Odyssey in 1998; and in 2002 became the sole supplier of the Honda Pilot globally. In 2008, it opened its engine plant where it produces four-cylinder engines.