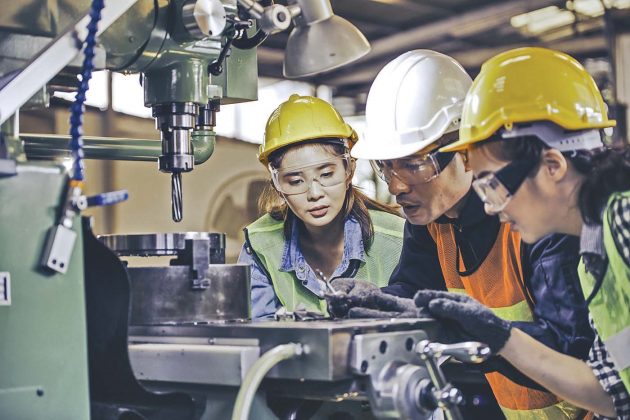 Train workers so they are capable of stepping into other roles.
PHOTO: winnievinzence – stock.adobe.com

A manufacturer is working on a project that’s likely to deliver an immediate 10% productivity gain, plus several other benefits. Employees will experience more variety in their work, the risk of injury could be lowered, and there will be greater awareness of how all jobs are interconnected.

What could be so powerful? Cross training.

It’s amazing how companies chain their people to workstations, missing an opportunity to expand their capabilities for use in other areas of the plant. In a post-COVID-19 world, companies can’t afford to have employees so limited in their abilities.

When a manufacturer’s production line unexpectedly ran out of an input, the new plant manager was frustrated he couldn’t use the idled people to fill in for some COVID-related vacancies. Most people weren’t trained for other tasks.

There can be significant barriers to cross training. However, it’s possible to overcome each of them. Here are some examples of barriers, causes and a strategy to deal with each issue.

Employees at a company that developed a cross-training program responded positively to the posting of a chart showing which skills were needed and what people were willing to train for, and which skills people already had. The union got on board when it was shown how the program would be administered. And reps were shown how job rotation would address some safety risks related to exertion. The result was a vastly more flexible workforce. Measured productivity went up 10% that year.

Hugh Alley is an industrial engineer based in the Vancouver area. Call (604) 866-1502 or e-mail hughralley@gmail.com.