Exporting: Just do it ! 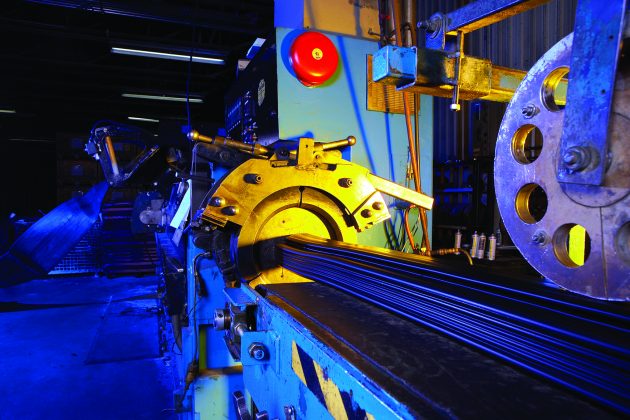 Peter Snucins’ view on the oft-complicated world of exporting is actually quite simple.

He likes it so much, he’s had t-shirts made for his sales staff with the saying blazed across the chest.

The serial entrepreneur, who’s been involved in the development of more than 30 companies and is currently president and CEO of Polycorp Ltd., has more than 35 years of experience navigating Canada’s business landscape. He knows a thing or two about what it takes to create a successful enterprise and bring it from humble grassroots to global industry leader.

“You can do all the research you want, tap all the government sources you can think of. But at the end of the day, if you want to grow your business by exporting, you just have to go and do it,” he says.

Polycorp is based in Elora, Ont., a town of about 4,000 people in the heart of southern Ontario’s Mennonite country. It manufactures engineered elastomeric parts that solve corrosion, abrasion, impact, noise and vibration issues, and serves customers in sectors such as transportation (track encapsulation systems) and mining (grinding mill liners). It also produces protective liners, which are used for rail cars that carry hazardous materials.

Exports make up 80% of sales – products that are deployed in less than desirable locales, ranging from mine sites in Burkina Faso, Ghana and Siberia, to modern urban transit systems in Europe and to the more-familiar US market. Closer to home, the Toronto Transit Commission (TTC) uses Polycorp’s Track Jacket system to isolate and lengthen the life of embedded streetcar tracks from the city’s busy concrete roadways. And Canadian mining giant Kinross has deployed Polycorp’s mill liners at its gold operations around the world.

In 2014, Polycorp’s exports grew by 27% and included expansion into new markets such as Africa’s Ivory Coast.
The company’s ranks now exceed 190 employees, 50 of those added in the last three years; and its 55,000 square-foot Elora plant is ISO 9001 certified.

Snucins’ first foray into the world of manufacturing was with Mining Technologies International (MTI). He and his business partner at the time grew the company into Canada’s largest private manufacturer of mining equipment. MTI was sold in May 2014 to Joy Global, a manufacturer of heavy machinery used in underground and surface mining based in Milwaukee. The deal included MTI’s two Sudbury, Ont. plants.

When he founded Polycorp in 1996 following the acquisition of B.F. Goodrich Canada Engineered Products, he first set out to conquer his own backyard, with the intention of becoming North America’s largest producer of custom industrial linings. That target was hit in 2002 after Polycorp acquired a major competitor, Polymeric Protective Linings, from RJF International Corp.

“I had to be the biggest in the market across all my product lines before we could consider global expansion,” he says. “You’ve got to get to Kansas before you can go to Burkina Faso.”

And the costs of international expansion can be an obstacle to global market entry. Indeed, it’s a challenge, especially for small or medium sized manufacturers, to come up with the necessary resources.

“Small companies can’t always afford to send people away for two or three weeks at a time,” says Snucins, describing an MTI sale that required his partner to travel back and forth to Siberia 16 times to close what turned out to be the company’s biggest deal.

He’s also very aware that not all of Polycorp’s products suit the North American marketplace. After all, people don’t mine gold in Chicago or New York – that’s happening in sometimes hostile environments such as West Africa, where mill liners are loaded onto rickety flatbeds and hauled along dirt roads. On the other hand, Polycorp’s transportation solutions, such as its Rail Boot and Rail Jacket systems, are used by major North American transit agencies, but not so much in Ghana.
“We’re producing a number of niche products that aren’t ubiquitous around the world,” he says. “The markets we serve are large by definition, but we’re serving niche portions.”

And he notes customers have been willing to pay a premium for the quality the company delivers, buying into a “complete solutions” proposition that drives Polycorp’s innovation and product development activities.

That approach has earned the company a reputation around the world as the go-to supplier for elastomeric products. Its PolyStl mill liners were the subject of a technical paper produced by a mining client that revealed they were giving its mills – around the world – a $1.35 million cost advantage, per mill, per year. That’s a significant savings considering the cost of downtime at a gold mine typically runs at about $100,000 per hour.

“To have our product validated like that was huge for us – we’re selling insurance for these guys,” says Snucins. “It’s a major opportunity for a company from a small town in southern Ontario to be recognized by a global mining giant. That kind of recognition provides us with beachheads into new export markets because our product is being used and its being proven.”

Product validation was also Polycorp’s in to the European market after it was granted a contract by Rotterdam’s RET transit system to supply rail encapsulation materials that prevent underlying gas pipe from corroding from stray electrical currents.

The Netherlands city of Rotterdam runs natural gas pipes underground, and encountered the issue when it was laying new tram tracks. Polycorp’s solution was to deploy a single piece of rubber casing that was affixed to the tram rails, and is completely closed, which eliminates current leakage into the ground.

“The issue of stray current was a big deal in this scenario because the penalty for any stray sparks is blowing up Rotterdam, and that’s a pretty significant penalty,” Snucins says.

“That was our beachhead into Europe. A little company from Elora, Ont. going up against the biggest companies in the world from Germany, Italy, Switzerland – who are all pretty good at what they do. Product validation is huge,” Snucins says.
The company is also no stranger to industry accolades, having been recognized by Deloitte for five consecutive years as one of Canada’s best managed companies for best practices and creating value in innovative ways. In 2014, it was Grant Thornton Canada’s Private Business Growth Award winner, and in November, Polycorp was awarded an Ontario Export Award in the services category.

The company has also been recognized by PROFIT500 for three consecutive years and most recently was named one of Canada’s 10 most admired corporate cultures.

Polycorp’s export growth has forced it to become more agile. The Elora plant runs 24/7, and moves like a ballet. Trucks are continuously in and out. Exporting has also meant holding more inventory to build in buffers, thus ensuring product is shipped around the world on time.

“The business has changed in that sense because we have to be able to respond more quickly,” Snucins says.

Despite the company’s global focus, some of its materials come from its own backyard. Snucins recalls needing to source steel for a clip that’s part of Polycorp’s Rail Seal transit solution. The extruded virgin rubber profile absorbs destructive energy from rail deflection and vehicular traffic to extend the lifetime of a rail crossing.

“I went halfway around the world, to Tianjin, China to find steel. I secured an agreement with a producer there, but by the time the second shipment showed up, things weren’t how they were supposed to be,” says Snucins.

An employee came to Snucins with a solution: he knew a local Mennonite who was an expert steel fabricator capable of providing Polycorp with the clips.

“The Mennonites have no electricity, there’s no TVs, no lights. I don’t know how the whole system works, but I was brought to this guy’s barn and inside was the most advanced CNC machine you’ve ever seen. It was spotless,” Snucins says. “I’m now getting the same product, which I travelled around the world to source, manufactured by a Mennonite less than 30 kilometers from my plant, delivered by horse and buggy.”

While Polycorp has discovered a number of local partners, it’s also leveraging strategic alliances with universities across North America to assist with innovation and product development. Snucins believes the value of these partnerships is priceless.

“We were punching above our weight in terms of what a company from a small town should be doing. You can’t be everywhere, you can’t be everything from everybody. But universities have been our friends,” he says, describing industry-academia partnerships as a massive untapped resource with low entry costs.

The key is ensuring the business and the lab are speaking the same language. Polycorp also collaborates with the Mining Engineering Department at Queen’s University in Kingston, Ont. and the University of Utah School of Mines; and it taps the schools for new talent. Snucins is also the founder, former chairman and an active board member of Queens’ GreenCentre Canada, a national centre of excellence and North America’s largest centre for green chemistry research innovation and commercialization.

He recalls a scenario where Polycorp tasked a university with developing a glue that sealed rubber linings inside tanker cars carrying harsh substances such as hydrochloric acid.

“We needed something that could be rolled on. They delivered us a solid hunk of glue – that was their definition of success. It didn’t work for us because it didn’t address our requirements,” he says. “We’re making things in miles while they make things in molecules. These guys are brilliant, but you have to bridge the gap between the lab and the field.”
Snucins, whose background is in merchant banking, admits he never viewed the world of manufacturing as glamourous. Not many do. His career focus in his younger days was on finance or consulting.

“I didn’t realize how cool and rewarding this industry could be until later in life.”

The man who has been on the board of more than 30 companies now admits Polycorp has delivered one of the most intellectually appealing opportunities of his career – up there with bringing premium SMS text messaging to Canadian wireless networks in the early 2000s.

“[Manufacturing] is like a chess game. Everything has to work. It’s a chain, and if one link breaks, you’re not making anything and you could go bankrupt.”

Exporting is a valuable link in Polycorp’s manufacturing chain. What the company makes may not be visible, but the next time you’re onboard a tram in Rotterdam, take comfort in knowing that a manufacturer from a town of 4,000 people in southern Ontario provided the products necessary to prevent the city from blowing up.