Many believe problems to persist for over a year. 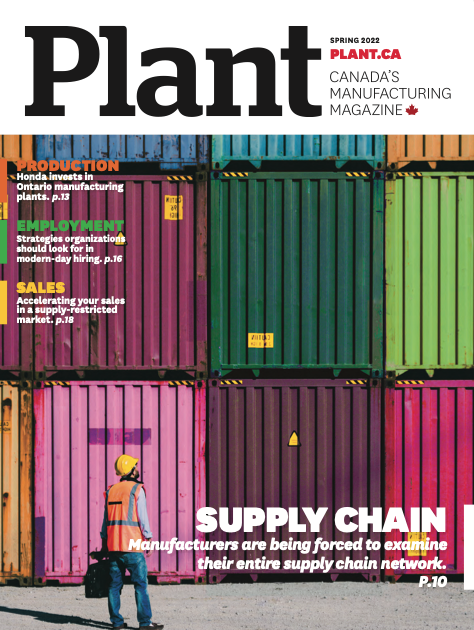 COVID-19 may have exasperated any issues that the supply chain network in Canada had, but other recent events didn’t help. Trucker protests in Ottawa, blockades in Windsor, Ont. at the Ambassador bridge (which is one of Canada’s most important trade routes), as well as other blockades across Canada, and most recently the war in Ukraine, have had an enormous impact on a supply chain network that was already struggling.

What else can be said about supply chain that hasn’t already been covered extensively over the last little while? Plant magazine recently held a roundtable with experts in the supply chain sphere to find out. Representatives from Canadian Manufacturers and Exporters, Price Waterhouse and Coopers, Private Motor Truck Council of Canada, and Supply Chain Canada, spoke about how the pandemic has exposed supply chain issues in the Canadian manufacturing sector. They also spoke to how business uncertainty is resulting from volatile trade issues, and how global disruptions are forcing manufacturers to examine their entire supply chain network. A summary of the roundtable is available on page 10. The whole roundtable is available on Plant’s web site.

Next, we asked Has the COVID-19 pandemic created supply chain problems for your company? Unsurprisingly, a majority had issues, with 57 per cent having major issues, 33 per cent having minor issues, and only five per cent saying they had no issues; the rest said other.

While COVID-19 had an impact on almost everyone, our next question, Have recent border blockades/closures created supply chain problems for your company?, found not everyone was affected. The largest group said they had no issues (40 per cent), with 31 per cent facing major issues, and 23 per cent facing minor issues, five per cent had other issues.

What these polls show is that the majority of companies have had issues (major or minor) because of COVID-19, blockages, closures, and more. What many companies need is a return to normal, or as close to it as possible. At the very least, a period of no new disruptions, to be able to plan things out.

However, according to our last poll, that may be a little ways away. We asked How much longer do you see supply chain issues continuing? Nearly half said over a year (49 per cent), while 24 per cent are seeing it being a year. Not many were very optimistic, as nine per cent said nine months, eight per cent said three months, and five per cent said six months. With five per cent saying another time period.

While many people want to be optimistic about the current supply chain issues, it seems many believe it will be a while before we can get back to something resembling normal.

Hopefully, we do not see any new problems crop up to add to the headaches that supply chain has been seeing over the last while.