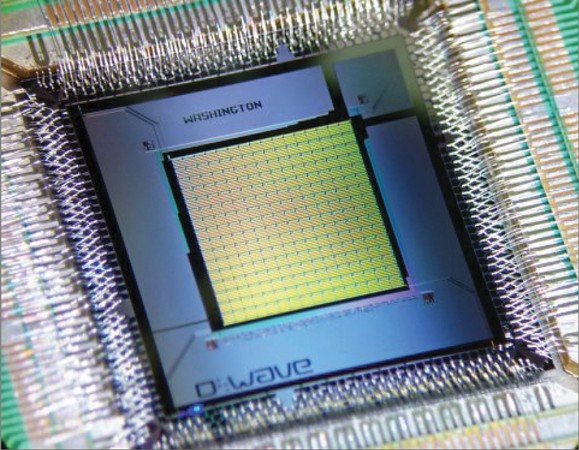 The world’s first quantum computing company has reached another milestone that will allow it to solve more complex computational problems.

D-Wave Systems Inc., based in Vancouver, has broken the 1,000 qubit barrier, a processor that is roughly double the size of its previous quantum chip.

The company’s computer runs a quantum annealing algorithm to find the lowest points, corresponding to optimal or near optimal solutions in a virtual “energy landscape.” Quantum annealing is a mathematical operation where the extreme points of a function are determined from a given set of discrete candidate solutions.

Each additional qubit doubles the search space of the processor, and at 1,000 qubits the new processor considers more than 21,000 possibilities simultaneously, dwarfing the company’s previous 512-Qubit D-Wave Two at 2,512 possibilities.

The new processors, comprised of more than 128,000 Josephson tunnel junctions in a 6-metal layer planar process with 0.25μm features, are believed to be the most complex superconductor integrated circuits ever produced. The chips are fabricated at D-Wave’s facility in Palo Alto, Calif. and at Cypress Semiconductor’s wafer foundry in Bloomington, Minn.

Beyond the much larger number of qubits, D-Wave has lowered the processors operating temperature by 40%.

Through a combination of improved design, architectural enhancements and materials changes, noise levels have been reduced by 50%.

The new technology also expands the boundaries of quantum resources. Firmware and software upgrades will make it easier to use the system for sampling applications.