There are growing markets to be tapped in Mexico, Brazil and China. 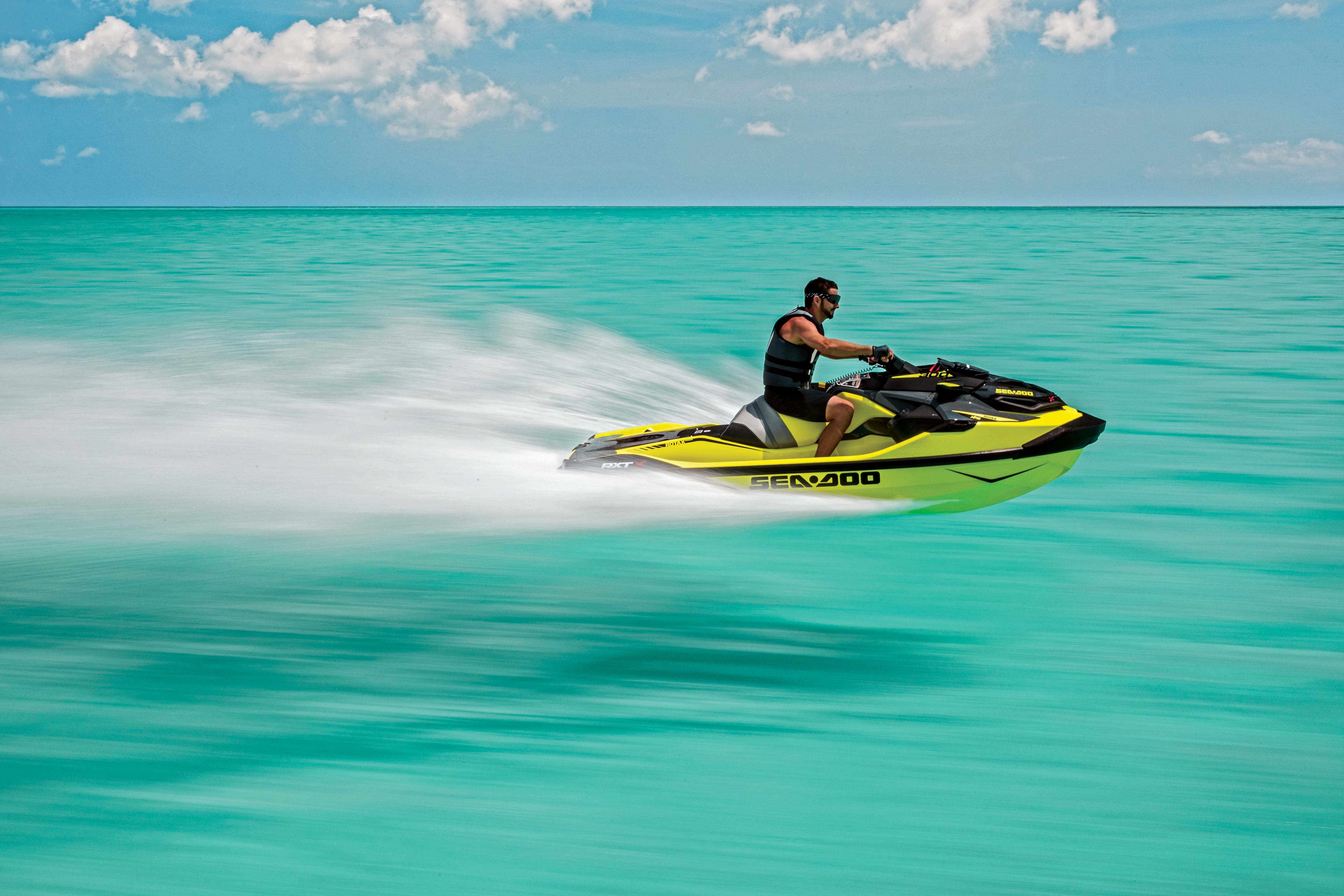 “Innovation has been a big part of our DNA from the beginning,” says Patrick Dussault, vice-president, global manufacturing and supply chain, for Bombardier Recreational Products.

Recipient of more than 70 international awards, BRP has design credentials that proudly arise from its Quebec heritage. From Joseph-Armand Bombardier’s first patent in 1937 for the B7 snowmobile to the first Ski-Doo snowmobiles for sport in 1959, Bombardier ploughed its way to become recognized among the world’s top innovators in recreational vehicles.

Fifteen years ago parent company Bombardier Inc., the Montreal-based transportation giant, sent the manufacturer of the well-known Sea-Doo watercraft and Ski-Doo snowmobile to blaze trails on its own. Since then BRP’s stock has shot up 154% and as of this writing, the company is number six on the TSX for stock performance with a 40.4% return. And it’s expected to grow more than 16% over the next three years.

Why? BRP made a series of gutsy moves to develop on- and off-road vehicles for the burgeoning power sports market, whose fanatics pay up to $29,000 for the latest model, a CAN-AM Maverick X RS Turbo R side-by-side ATV. There’s a growing recreational adventure market in Latin America (especially Brazil and Mexico) and in Asia Pacific (think China). Growth continues in stable, but growing markets in North America and Europe, including Russia, according to National Bank analyst Cameron Doerkson.

BRP operates plants in Valcourt, Que., the US, Mexico, Finland and Austria, and employs 10,000 people worldwide. Products include Ski-Doo and Lynx snowmobiles; Sea-Doo watercraft; Can-Am on- and off-road vehicles; Evinrude and Rotax marine propulsion systems; as well as Rotax engines for karts, motorcycles and recreational aircraft.

Last December BRP announced it was investing $100 million in an expansion of its global production capacity, mainly to double output at its Juarez 2 plant in Mexico, to keep up with demand for its side-by-side power sports vehicles. When asked whether it was a good idea or not to invest in expansion given the uncertainty about NAFTA, José Boisjoli, BRP’s CEO, said: “We cannot manage our business waiting for the government to finalize negotiations.” 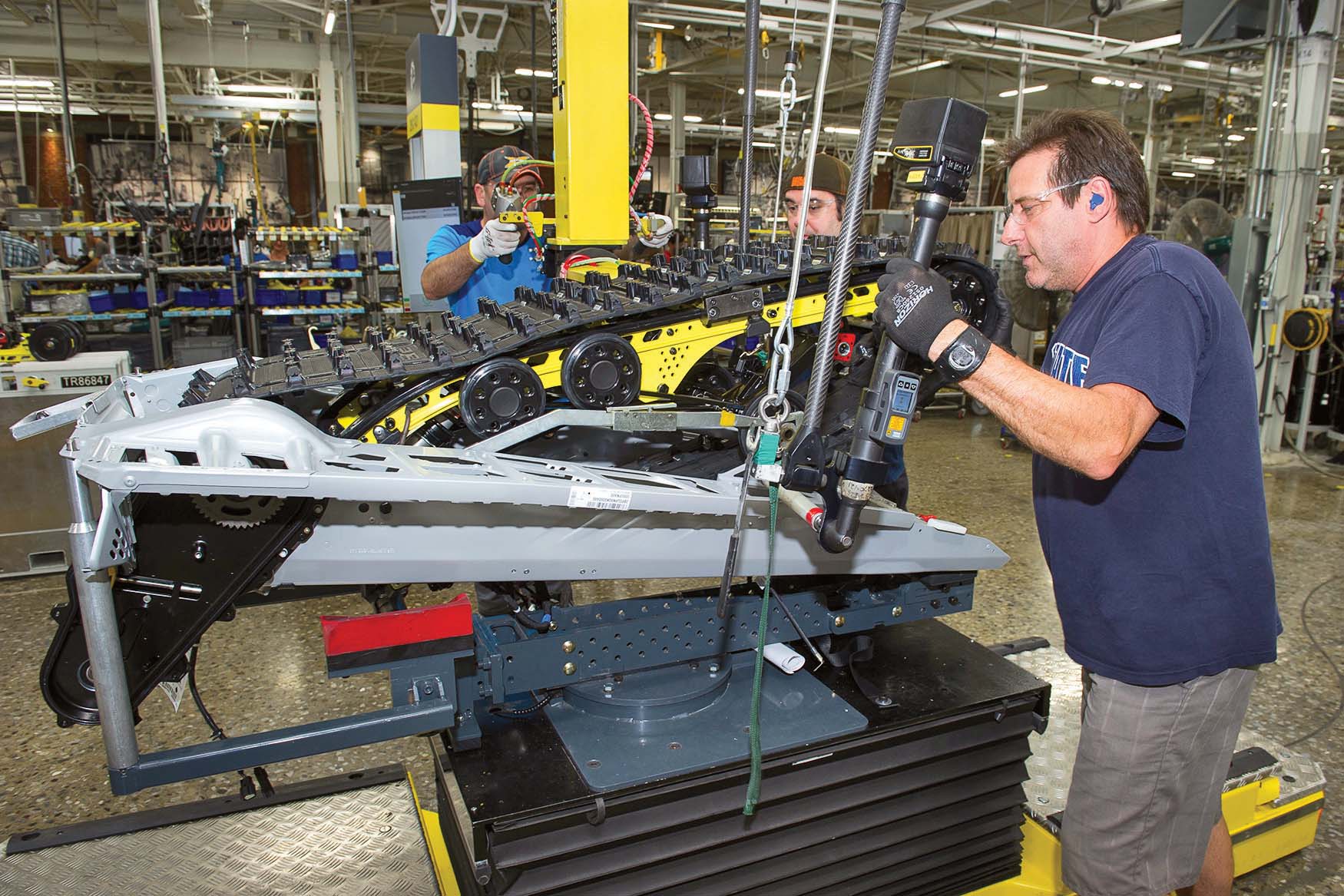 BRP engineers eat, breathe, and sleep design and innovation. Four centres for innovation in Quebec alone foster the culture that attracts people from around the world. Who wouldn’t want access to the latest tools and toys for creating vehicles that are a joy to ride? From clay models to 3D printing, CAD/CAM programs to virtual reality, the designers experiment creating new models that incorporate their customers’ most ardent desires – and their own. Many of BRP’s creators are power sports fanatics, too. They ride what they design – and they wear the gear they design.

Representatives from R&D, engineering – both design and mechanical – manufacturing, the supply chain and marketing all contribute by committee to new product innovation at BRP, Dussault says.

“We also have to consider the voice of the customer and have that represented in that committee. Manufacturing and our supply chain are also represented there in the early stages of innovation and design.”

BRP’s challenge? The consumer base wants more product choice. But the lower-volume production means economies of scale from mass-production are not there.

How does BRP resolve that challenge? “We are loaded with innovation. We have to reduce our costs, but meet demand,” Dussault says. “We pay attention to best practices in the auto industry, even though we don’t have the same capacities. For example, we have adopted a modular architecture strategy for our manufacturing which makes it way easier to manage.”

BRP has dedicated plants that manufacture close to their markets. In Valcourt they make snowmobiles and the Can-Am Spyder. Finland also makes Lynx snowmobiles in Scandinavia. Mexico has two plants: one makes off-road vehicles, the other makes Ski-Doos. “We like to control vertical integration of our manufacturing,” Dussault says.

“We adopted lean manufacturing more than 10 years ago, using a wall-to-wall post system. We have a full mix, low-production volume. There is not a lot of material on the line. Like the automotive sector, we practice component manufacturing. There is a one-piece flow, pull system.”

What manufacturing brings to the table is crucial to realizing cost reductions while meeting customer demand. Input from plant operators tells them if there’s a faster, better or less expensive way to make a part.

Denys Lapointe is the senior vice-president, design innovation and creative services at BRP. As an example of their collaborative design process he points to development of the Spark sport watercraft. The manufacturing team suggested one way to shave a lot of cost would be to fully inject a personal watercraft, but the presses didn’t exist.

“We challenged ourselves and came up with a new manufacturing process using a polytech material as a substrate from one of our suppliers,” Lapointe says. The result was a new entry-level watercraft vehicle that is sold in the US for $5,000. It would have been priced at $10,000 using the other manufacturing method.

“Our manufacturing folks are very involved right from the beginning. We create new experiences for the consumer. That means we have to challenge the product architecture. We’ll come up with ideas and sometimes our manufacturing experts will say, ‘Hey guys, you’re dreaming!’ Or quite the contrary, sometimes they’ll tell us there is a way to accomplish that.”

What kind of skill sets does BRP look for when hiring? “We’re always on the lookout for welders,” Dussault says. But more importantly, they want people who embrace the values of the company, particularly on innovation. “There are a lot of expectations on our end. We want a workforce that is completely involved in making problems as visible as possible and providing solutions.”

US tariffs slapped on Canadian-made steel and aluminum is one such problem with which BRP is grappling. This could adversely affect the plant in Wisconsin, among other places. Vehicle frames and shaft systems are made of either steel or aluminum, and engines are made in Austria.

“Like everyone we want to make sure we optimize all three trade agreements. We source locally for some things, globally for others. Mexico is a great place to produce and we are trying to leverage our Mexico supply base. It depends on what happens with NAFTA,” Dussault says.

“Sixty-five percent of our revenues come from North American growth. Looking at just off-road vehicles, North America represents more than 65% of that revenue. So, we’re not looking to move our Mexico plants. The plants are successful for us, particularly on cost and quality. Warranty costs are around one per cent.”

What’s the takeaway for Canadian manufacturers? Dussault offers this advice: to grow the business, know your markets, seize global opportunities, optimize cost savings through the application of technologies and embrace a dedicated workplace culture that nurtures talent and creativity. It’s certainly working for BRP.

Tracy Crocker, who was senior vice-president and general manager of BRP’s Evinrude Outboard Motors, will lead the new enterprise.

“We will apply a buy, build and transform strategy to do for the marine business what we have done for the power sports business,” says BRP CEO José Boisjoli.

Retaliatory tariffs slapped on US goods coming into Canada included 10% on motorboats.

The National Marine Manufacturer’s Association reports that 65% of boats sold in Canada last year came from the US. There aren’t enough marine manufacturers in Canada to supply the domestic market. Some boat dealers across the country are anticipating higher sticker prices as a result of the tariffs.

Valcourt, BRP’s centre of expertise for design, research, development and manufacturing for all BRP activities worldwide, got the upgrades over three years, part of a five-year, $118 million investment.

“Valcourt has always been at the heart of BRP’s innovation and modernizing the plant was critical to ensuring its efficiency,” said BRP’s president and CEO José Boisjoli, in a statement.

The modernization project is part of BRP’s strategic growth, agility and lean objectives that brings the operation into the world of Industry 4.0. The facilities are designed for flexibility featuring modular manufacturing and assembly, with the capability to develop new concepts in conjunction with the design and engineering departments. The plant also allows quicker production and personalizing of snowmobiles and three-wheel vehicles on the same line.

This article originally appeared in the September 2018 print issue of PLANT Magazine.