Surprised that iconic motorcycle manufacturer was first "to wave the White Flag'' in the tariff dispute. 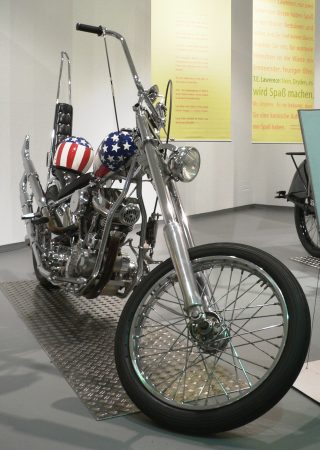 MILWAUKEE — Production of Harley-Davidson motorcycles sold in Europe will move from US factories to facilities overseas, the Milwaukee-based company has announced, a consequence of the retaliatory tariffs the EU is imposing on American exports in an escalating trade war with the Trump administration.

President Donald Trump has used the iconic American motorcycle maker as an example of a US business harmed by trade barriers in other countries, but Harley had warned that tariffs could negatively impact its sales.

Trump tweeted he’s surprised that Harley-Davidson was first “to wave the White Flag” in the tariff dispute between the US and the European Union.

“Surprised that Harley-Davidson, of all companies, would be the first to wave the White Flag. I fought hard for them and ultimately they will not pay tariffs selling into the E.U., which has hurt us badly on trade, down $151 Billion. Taxes just a Harley excuse – be patient! #MAGA,” Trump tweeted.

Trump is denying that his trade policy is responsible for Harley-Davidson’s decision to shift some motorcycle production overseas.

He tweeted the company had already announced it was closing a Kansas City plant. Union officials have said those jobs are going to Thailand. Harley-Davidson has denied that.

Says Trump: “That was long before Tariffs were announced. Hence, they were just using Tariffs/Trade War as an excuse. Shows how unbalanced & unfair trade is, but we will fix it ….”

Trump says he’s getting other countries to reduce and eliminate tariffs and trade barriers, and open up markets.

A Harley-Davidson spokesman said the company had nothing to say in response to Trump’s tweet beyond its filing with the US Securities and Exchange Commission.

The European Union began rolling out tariffs on American imports including bourbon, peanut butter and orange juice on June 22. The EU tariffs on $3.4 billion worth of US products are retaliation for duties the Trump administration is imposing on European steel and aluminum.

The impact on US workers because of Harley-Davidson’s decision was not immediately clear. Harley-Davidson declined interview requests Monday but said in prepared remarks that the company “maintains a strong commitment to US-based manufacturing which is valued by riders globally.”

“The EU is attempting to punish US workers with unfair and discriminatory trade policies, and President Trump will continue to push for free, fair and reciprocal trade and hopes that the EU will join us in that,” Sanders said.

“Increasing international production to alleviate the EU tariff burden is not the company’s preference, but represents the only sustainable option to make its motorcycles accessible to customers in the EU and maintain a viable business in Europe,” the company said in its prepared remarks.

Harley-Davidson said it will not raise its prices to avert “an immediate and lasting detrimental impact” on sales in Europe. It will instead absorb a significant amount of the cost in the near term. It anticipates the cost for the rest of the year to be approximately $30 million to $45 million.

Shifting the production overseas could take up to 18 months, the motorcycle maker said.

The company is already struggling with falling sales. In January, it said it would consolidate its Kansas City, Missouri, plant into its York, Pennsylvania, facility. US motorcycle sales peaked at more than 1.1 million in 2005 but then plummeted during the recession. It wasn’t immediately known whether any other facilities would be consolidated.

“Harley-Davidson’s announcement today is the latest slap in the face to the loyal, highly-skilled workforce that made Harley an iconic American brand,” Robert Martinez Jr., president of the International Association of Machinists and Aerospace Workers, said in a statement. The union represents Harley-Davidson workers in Milwaukee, and the Kansas City and York plants.

“Will Harley use any excuse to ship jobs overseas?” Martinez added. “Does Harley even understand what ‘Made in America’ means?”

The Trump administration has started fights with trading partners around the world, imposing tariffs on imported steel and aluminum, provoking retaliation from close US allies including the European Union, Canada, Mexico and Turkey. And it has announced tariffs on $50 billion in Chinese goods _ a tariff list that could swell to $450 billion if Beijing refuses to back down and counterpunches with retaliatory moves.

Lovely said Harley and other companies face retaliatory tariffs in Europe and elsewhere if they try to export products. Trump’s tariffs also raise costs on imported parts they need to manufacture in the United States.

Meanwhile, the maker of Jack Daniel’s, Brown-Forman Corp., said Monday it would have to raise the price of its product sold in the EU because of the tariff hike, Bloomberg reported.

Wisconsin’s elected leaders said the decision pointed to the need to expand markets.

“This is further proof of the harm from unilateral tariffs,” said AshLee Strong, a spokeswoman for House Speaker Paul Ryan, a Wisconsin Republican. “The best way to help American workers, consumers, and manufacturers is to open new markets for them, not to raise barriers to our own market.”

Gov. Scott Walker echoed those comments, saying increasing markets for Wisconsin and American-made goods will reduce the trade imbalance and needs for tariffs.

“The ultimate goal, if we could get there, is no tariffs or if anything few tariffs on anything,” said Walker, a Republican. “That’s what I’m going to push for, ways that we can get to a level playing field then we don’t have this tit for tat on any number of products out there.”