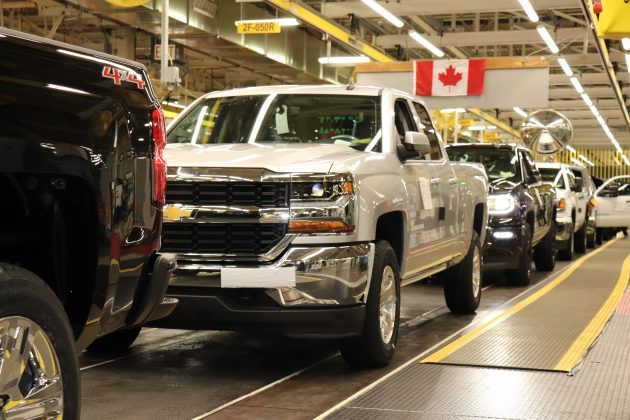 VAUGHAN, Ont. — Auto parts maker Martinrea International Inc. says it hopes to benefit from recent Canadian investments announced by Detroit-based US automakers as it recovers from the COVID-19 pandemic.

Martinrea says it has so far booked $45 million in new business making propulsion systems for Fiat Chrysler and General Motors, and $10 million for electric vehicle platforms with General Motors.

Analysts polled by Refinitiv expected revenue of $986.9 million and net income of $38.3 million, or 47 cents per share.

The company’s board says it declared a quarterly cash dividend of five cents per share, and executives say that after layoffs stemming from the COVID-19 pandemic, they are hopeful that the auto business has turned a corner.

“It’s been quite a year so far, with the (second-quarter) COVID-19 shutdowns, to surging volumes in North America that met some of the highest volumes we’ve ever seen,” said chief executive Pat D’Eramo in a conference call with analysts.

“Demand is expected to remain strong for the remainder of the year, and the restart has gone as smoothly as we could have expected.”

“This is good news for all Canadian auto suppliers, including us. There is work to win here,” said D’Eramo, who added that if remote workers move to the suburbs during the COVID-19 pandemic, they might need to buy cars soon.

“We can keep our plants full and maybe add some work and new jobs.”