GM says it has 2,700 jobs for workers slated to be laid off

That still leaves the majority of the cuts hitting white-collar workers and Canadians. 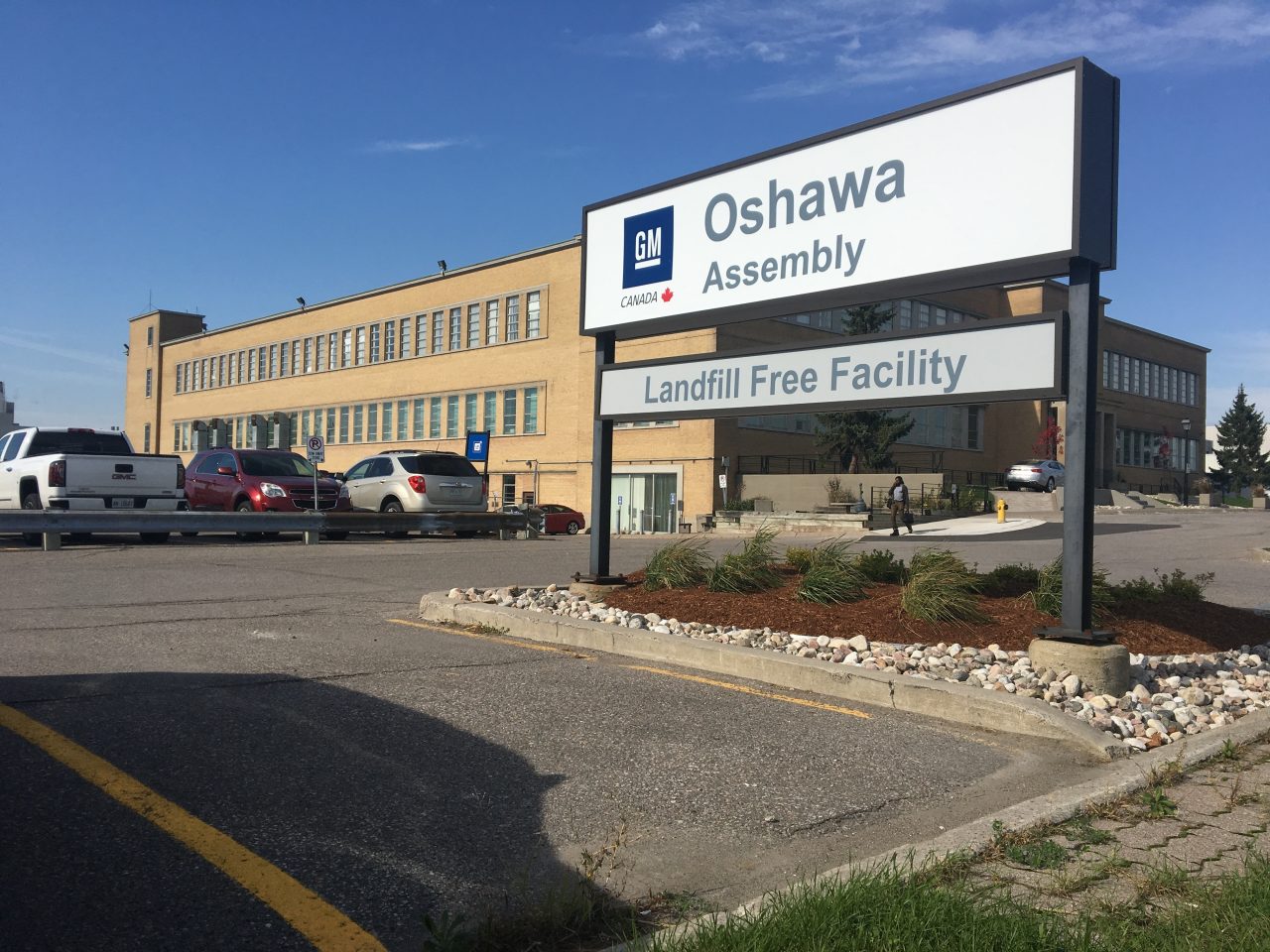 DETROIT—General Motors’ plans to lay off 14,000 salaried and blue-collar workers might not be as bad as originally projected.

The company said Friday that 2,700 out of the 3,300 U.S. factory jobs slated for elimination will now be saved. Blue-collar workers will still lose jobs at four U.S. plants slated for closure next year, but most will be able to find employment at other GM factories where jobs are being added. Some would have to relocate.

GM still plans to lay off about 8,000 white-collar workers and another 2,600 factory workers in Canada.

In November, the company announced plans to end production at the U.S. factories and one in Ontario as part of a major restructuring designed to cut costs and divert resources to development and manufacturing of trucks, SUVs and electric and autonomous vehicles.

Legislators and President Donald Trump have hammered GM over the moves.

While some of the 3,300 U.S. factory workers will retire, most of the rest will be offered one of 2,700 jobs the company plans to add at factories where production will increase, GM announced on Friday. Some would have to move to other cities for jobs.

“Our focus remains on providing interested employees options to transition including job opportunities at other GM plants,” CEO Mary Barra said about the factory workers in a statement Friday.

That still leaves the majority of the cuts hitting white-collar workers. A small number will be able to transfer to other openings, and those who can’t will get help in finding work elsewhere, the company said.

Since the announcement, GM has faced withering criticism from Trump, legislators from affected states and the United Auto Workers union, largely over the plant closure plans. Trump has focused on a plant in Lordstown, Ohio, that’s slated to stop making compact cars on March 1. He has promised to return factory jobs to the U.S. and Ohio, a key state in his 2020 re-election campaign.

GM is cutting six car models as buyers have dramatically shifted their preferences to SUVs and trucks, which will account for about 70 per cent of new-vehicle sales this year. Just six years ago, that number was 51 per cent, so now GM has too many factories making cars.

The automaker’s attempt to close the factories still has to be negotiated with the United Auto Workers union, which has promised to fight back. Other factories that could go are assembly plants in Detroit and Oshawa, Ontario, and transmission plants in Warren, Michigan, and near Baltimore.

Patrick Morrissey, a GM spokesman, said Friday’s job announcement had nothing to do with the criticism the company has been facing. The automaker, he said, knew some of the laid-off workers would be placed at other plants, but it didn’t know the number of jobs available until this week.

“We have opportunities for just about everybody who wants them,” Morrissey said.

Tommy Wolikow, 36, who was laid off from the Lordstown factory in January of 2017, said he would be interested in openings at a factory in Toledo, Ohio, and a plant in Tennessee. But he’s not happy about the prospect of moving. “I want to go back to Lordstown,” he said. “The last thing I want to do is uproot my family and leave my parents.”

Under GM’s contract with the union, more senior active workers at the four factories targeted for closure will get first crack at transferring to another plant. There may not be enough jobs for workers with less seniority. Of the 3,300 factory workers slated to lose their jobs, 2,800 are active and 500 are on leave. In addition, there are about 830 who were laid off previously at the Lordstown and Detroit plants.

Morrissey said the number of workers placed in new posts depends a lot on how many senior factory workers decide to retire. About 1,200 are eligible.

Some workers also could decide they don’t want to relocate because of the distance. For instance, Toledo is the closest plant to Lordstown with jobs available, but it’s about 160 miles away.

Despite Friday’s announcement, the criticism of GM continued from politicians and workers.

Ohio Republican Sen. Rob Portman said the transfers may be helpful for employees who are willing to move, but many are unable to. He said in a statement that he will continue “to urge GM to do the right thing by these workers and bring new production to this plant.”

Dave Green, president of the auto workers local at the Lordstown plant, says he’s still hoping the factory can stay open by getting a new vehicle to build. Although the job transfers will help laid-off workers, he said they will do nothing for the area of Northeast Ohio that has already been devastated by job losses over the years.

Wolikow isn’t sure if he has enough time in with GM to get a transfer to another plant. He has found work as a diesel engine technician, but it pays $10 per hour less than the $28 per hour plus profit sharing that he’d be making if he was still working for GM.

“It’s hard not to follow the money,” he said. “You know that you can make a great living, have a great career.”

—Kantele Franko contributed to this report from Columbus, Ohio.