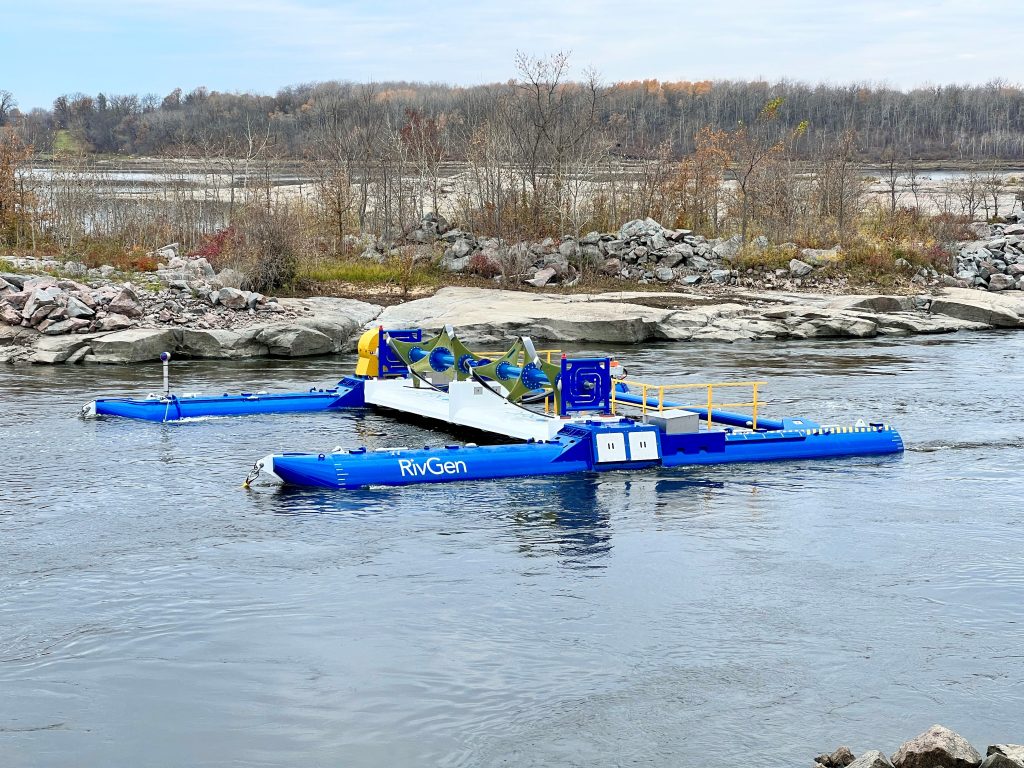 The RivGen device was fabricated by Stace in Quebec, then shipped to Manitoba where the device was re-assembled near the CHTTC with the help of Canadian partners and local contractors: NRCan-CanmetEnergy, Hatch, University of Manitoba, Manitoba Hydro, Turtle Island Innovations, Able Crane, Dominion Divers and Griff’s Mechanical. ORPC Canada is helping Canadian suppliers that have historically worked in offshore oil and gas, to develop expertise in the marine energy sector here and internationally.

“ORPC hydrokinetic power systems are a game changer in remote regions of the world and play an important role in transitioning off-grid communities to predictable forms of renewable energy,” said Alexandre Paris, CEO, ORPC Canada. “This baseload will play a strategic role in local microgrid in addition with intermittent energies such as wind and solar. Bringing stability and reliability to the grid, ORPC power systems will enable displacing up to 60 to 90 per cent of diesel consumption in partner communities. With our proven technology, we are confident that our innovative power systems will become a permanent solution in Canada.’’

Without the use of dams or impoundments, the RivGen Power System can provide baseload power for off-grid, remote and Indigenous communities, and industrial applications, and reduce diesel use. Combined with energy storage and connected directly into existing grids using smart grid technology, ORPC power systems offer a cost-effective and sustainable alternative to diesel-source power generation.

Over the coming months, the RivGen Power System in Manitoba will be monitored, tested, and validated for further deployment in Canada.