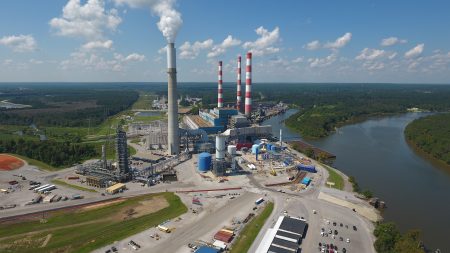 This funding is focused on carbon capture, utilization, and storage for power generation applications with a goal of commercial deployment by 2030. GE Gas Power will work with Southern Company, Linde, BASF, and Kiewit to develop a plan for integrating carbon capture technologies with a natural gas combined cycle plant “to capture approximately 95 per cent of carbon dioxide emissions generated.”

“We look forward to joining forces with Southern Company, Linde, BASF and Kiewit to execute this study focused on the integration of carbon capture technologies on a fully functional natural gas combined cycle power plant to help lower the cost of carbon capture and improve the operability and flexibility of the integrated plant,” said Scott Strazik, CEO, GE Power.

“For the success of this study, the collaboration with Southern Company and Linde, BASF and Kiewit is crucial,” said John Catillaz, Director of Decarbonization, Marketing, GE Gas Power. “To develop a sustainable and viable carbon capture solution integrated into the existing power plant, we will go beyond the scope of the study to consider the economics and the performance of the plant holistically, including a plan for the transportation and storage of the captured carbon dioxide emissions.”