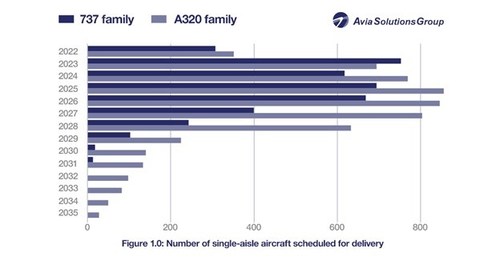 Avia Solutions Group announced that figures have shown single-aisle aircraft and their variants have become commercially active, meaning these aircraft will likely become a key part in the narrow body market in the post-Covid recovery period.

Since the dawning of the pandemic, we have seen a couple of these airlines shift towards larger narrow body, even though the migration appears slower than expected due to the backlog of undelivered aircraft. The aviation industry has noted a gradual transition towards large single-aisle, with the current projections indicating that these aircraft variants have increased by over 50 per cent compared to pre-pandemic figures.