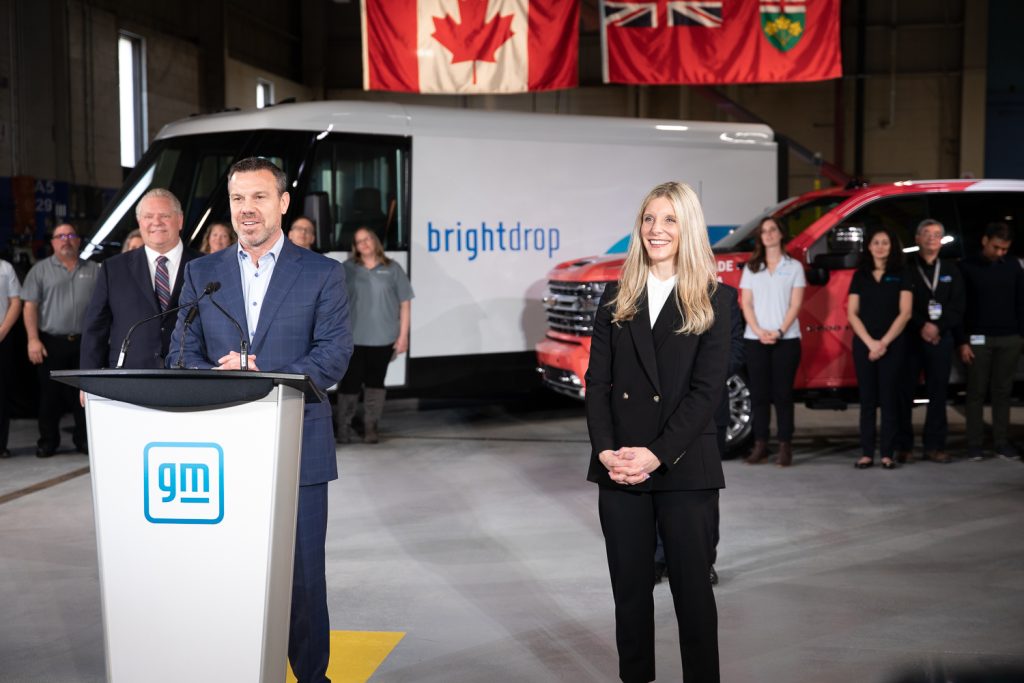 The Canadian Technical Centre’s (CTC) McLaughlin Advanced Technology Track in Oshawa, Ontario, was the scene for GM Canada to announce it is investing over $2 billion to transform its manufacturing operations.

“Working with our government partners we have reopened GM’s Oshawa plant, creating thousands of new jobs and recruiting a record number of women in production roles,” said Marissa West, GM Canada president and managing director. “Later this year, our CAMI plant in Ingersoll will begin Canada’s first full-scale electric vehicle manufacturing with BrightDrop. This partnership with the Governments of Ontario and Canada is helping GM build a more diverse, innovative and sustainable industry and EV supply chain for the future – and we are proud to be doing that right here in Canada.”

In December 2022, GM Canada plans to start production at its CAMI Assembly electric-vehicle manufacturing plant in Ingersoll, Ontario. It will retool the plant over the spring and summer.

“This vote of confidence by General Motors in Ontario is more proof that by attracting game-changing investments our government is securing our auto sector for the next generation of workers,” said The Honourable Doug Ford, Ontario Premier. “This investment will secure 2,600 jobs here in Oshawa and is a huge win for the people of Durham and Ontario’s auto sector. It shows once again that the cars of the future will be made right here in Ontario by Ontario workers.” 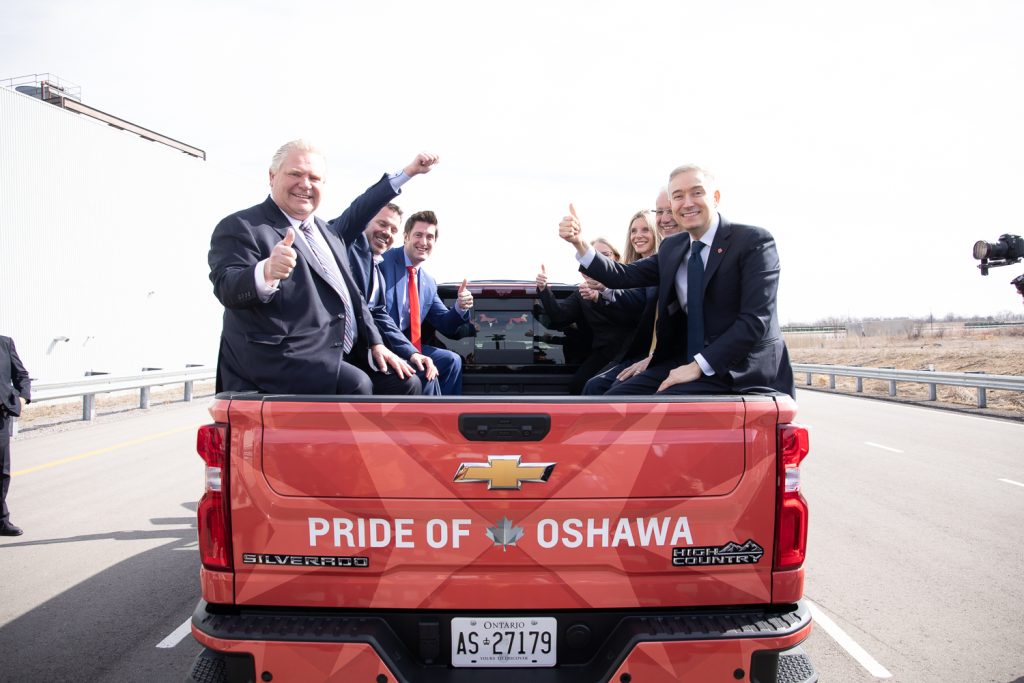 Both federal and Ontario governments, the BrightDrop Zevo 600 (the company’s first electric delivery van, and the BrightDrop Trace electric cart, were on hand for the announcement.

“This is proof that Canada’s auto sector is here for the long term. What today’s announcement means for Canadians is more jobs, more clean vehicles and more economic growth,” said The Honourable François-Philippe Champagne, Minister of Innovation, Science and Industry. “GM’s continued commitment to its facilities in Canada, and its decision to set up the country’s first electric vehicle production facility, highlight how Canada is a world leader in building the vehicles of the future.”

Also, Oshawa Assembly, will get a third shift and add light-duty pickup production to the plant, bring the total new jobs since operations restarted at the plan to 2,600. It will now be the only GM plant to produce heavy-duty and light-duty pickups.