A British Columbia businessman is bringing his unique operation to the South Shore. Ron Kendrick, founder of Catalyst Development Inc. in Burnaby, B.C., has decided to change things up by moving to the South Shore and adding to the business that has been in operation since 1999. Kendrick’s business in B.C. provides consulting services in beverages, as well as small-scale production services. It consults on production formulation and technical services, such as quality assurance, supply chain management and operational consulting. 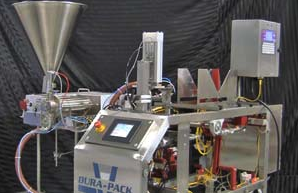 “Anything from working with an idea for a beverage to what the warehouse floor should look like,” said Kendrick, adding that the operation in Burnaby will continue, while he is working in East Berlin. He wants to try something unique in Nova Scotia.

“There’s a trend in retail goods right now with companies and people looking for personalization, and we would like to be the first in North America to completely get into beverage creation and production for both individuals and companies,” he said, noting that he has worked with a variety of products, including carbonated, non-carbonated, pouch packaging and cans. Alcoholic beverages aren’t on the table right now, but he hasn’t discounted going in that direction.

Kendrick gave an example of a company that may want something that would provide superior hydration while supporting energy and immunity levels. That would be something Kendrick could come up with and, on a small scale, produce from his East Berlin property. He’s been in the beverage business for about 45 years. He started working with Pepsi and spent time with wine and spirits in the Okanogan Valley. He launched Catalyst Development in 1999 and since then has found success working with some entrepreneurs that have gone on to major achievement.

“We were the first to use nanotechnology in beverages for delivering vitamins. You may be just hearing about this, but we had been doing this for 15, 16 or 17 years already,” said Kendrick. “We were also the first company to put soluble fibre in beverages in North America, and we were also the first consulting company to work with Japanese technology for the ionization of water. We like to be in those esoteric niches, but they are high risk.”

Kendrick hopes he can turn his business plan into a successful one.

“If it works it will be great and really fun and bring some employment to the area,” he said. “It is attractive in that it’s avant-garde and leading edge.” Why Nova Scotia? “I came out here to basically retire or semi-retire. I love it out here. I am a cancer survivor and, after having my diagnosis and surgery, it kind of crystallized my view on everything,” he explained. “We had always talked about moving to Nova Scotia and the realization became clear, if you don’t do the things you really want to do, they just won’t get done.”

Kendrick was working with the Clearly Canadian company and had traveled first to Nova Scotia in the early 1990s, when the company sent him here to look at an old Pepsi plant that was located in Weymouth. He ended up buying some property in Cape Breton, but decided to make East Berlin his home, where he and his wife, Kerry, found their dream property. Along with the home they built, there is another building on the property, which he hopes to restore and turn into a formulation kitchen and offices. He also wants to add another small production building of about four-to-five thousand square feet.

On the approval front, Kendrick liaised with the Region of Queens Municipality and the two sides came up with a development agreement. The idea of the business was brought forward to the region’s Planning Advisory Committee in October and has passed through two public notices, a council meeting and a public hearing. The development agreement has been sent to the province for approval, and Kendrick should know by January 15th if its terms are accepted.